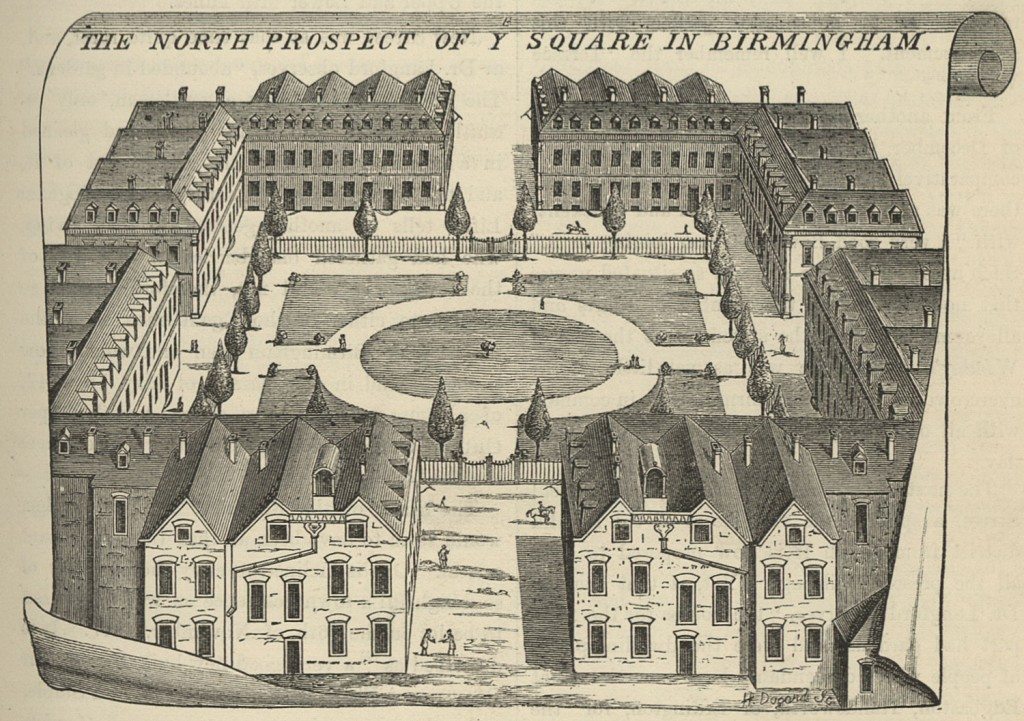 Boswell visited and corresponded with Hector after Johnson’s death and obtained from him details of Johnson’s life. A mural tablet, commemorating the life and work of Edmund Hector who died in 1794 is to be found in St Philip’s Church. Today only a modern sculpture in the traffic island called Old Square, opened officially in 1998, makes reference to the house in the original Old Square, in which Hector and the Lloyds had lived and which Johnson visited on many occasions.  Simply known as the Square at the time, it was the site of the ancient Priory of St Thomas the Apostle, some remnants of which were still in existence when Hutton wrote his history of Birmingham and when Johnson visited it. A print by the architect of the complex, William Westley, shows a range of houses on all four corners of the square with the centre enclosed and adorned with trees and shrubs. “From this pleasantly situated spot at that time”, writes Dent, one could see “the Rowley Hills, the villages of Oldbury, Smethwick, Handsworth, Sutton Coldfield, Erdington, and Saltley, as well as most of the suburbs on the southern side of the town.”   Depicted in the mural with a pointed index finger next to Edmund Hector, Samuel Johnson is n integral to the city’s heritage. One could almost hear him say, “a few years ago I just saluted Birmingham…but when I come again I shall surely make a longer stay.” (Letters, i: 260; 291).