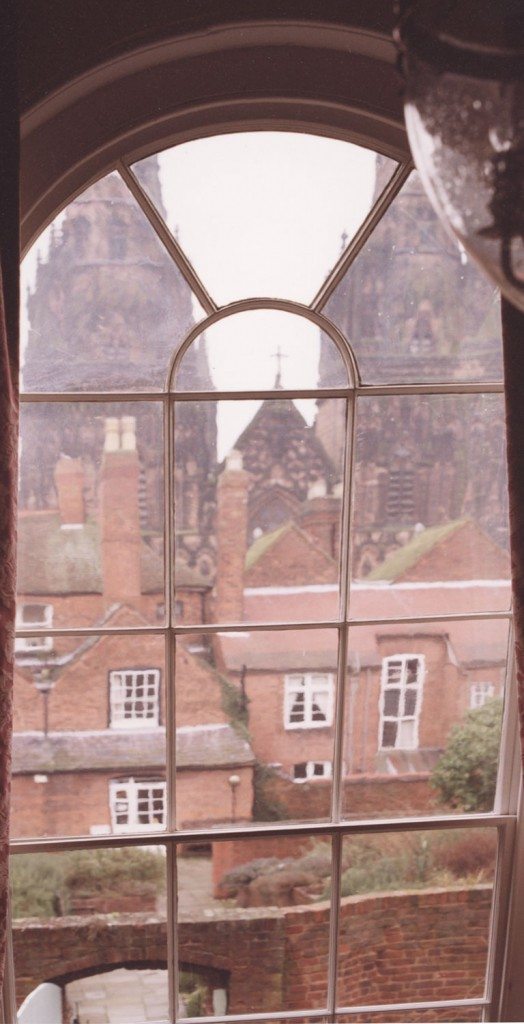 Image: View of Lichfield Cathedral and part of the Close from Erasmus Darwin House.

1. Lichfield in the late 18th century

On 12th November 1756 the young Dr Erasmus Darwin arrived at Lichfield. He had recently graduated at St John’s College in Cambridge and the Medical School in Edinburgh. For a short while he had had a medical practice in Nottingham, but this turned out unsuccessfully. Lichfield was a fresh start for him.

Possibly it was not by pure chance that Darwin chose Lichfield. Although at this time there was little industry here, the city had prospered, both from the wealth of the clergy of the magnificent cathedral and also as an important coaching station on the main road from London to the northwest and Ireland. In the 17th century, Lichfield had been the birthplace of the scholar and collector Elias Ashmole. Daniel Defoe considered Lichfield the best town in the area for “conversation and good company”. In Darwin’s own time, Lichfield was associated with Dr Samuel Johnson, the famous actor David Garrick, and the young poet Anna Seward, the “Swan of Lichfield”. Furthermore, the Lichfield gentry were accustomed to scientific medicine: the respected and well-known doctors John Floyer (1649-1734) and Robert James (1705-1776) had earlier practiced there.