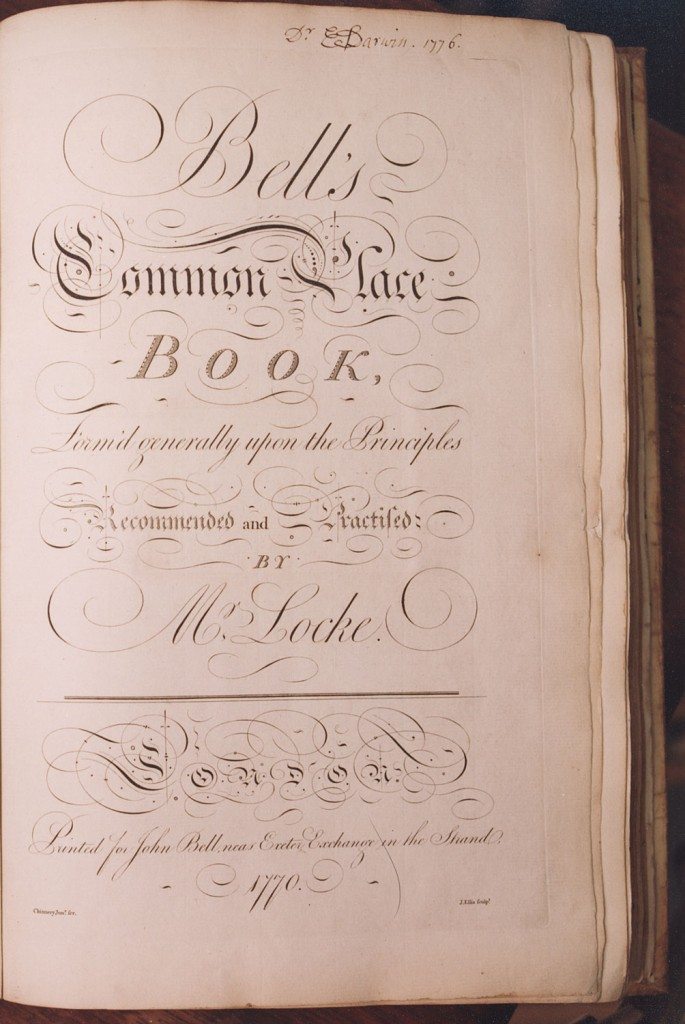 Darwin wrote down his medical observations in his Commonplace Book. Today it can be seen in the museum. The Commonplace Book also reflects the various scientific ideas, experiments and the inventions that occupied his mind – for example, a steam carriage and steering gear, a horizontal windmill, a canal lift, a speaking machine. Some of his inventions were in use in his own household – such as his copying machines, and also a speaking tube connecting his study with the kitchen. Recent archaeological finds in the cellar might be interpreted as traces of this unusual installation.

He would later express the excitement of his scientific dreams in poetic form in The Botanic Garden:

“Soon shall thy arm Unconquer’d steam! afar
Drag the slow barge, or drive the rapid car;
Or on the wide-waving wings expanded bear
The flying-chariot through the fields of air.”

Models of some of his inventions are to be found in the museum.

His ability to make friends helped him to join up with people who shared his passion for science, philosophy, experiment, industry and new technology – such as Matthew Boulton, James Watt, Thomas Day, John Whitehurst, Josiah Wedgwood and Richard Lovell Edgeworth.  It was at Darwin’s house in Lichfield where in the 1760s the famous Lunar Society was formed, and here that their first meetings took place. In many ways the Lunar group was modelled on the American Philosophical Society. Its founding father, Benjamin Franklin, had been one of the earliest scientific friends and correspondents of Darwin. When in Britain he often visited Darwin in Lichfield.

The members of the Lunar group were united not only by their scientific and industrial interests, but also by their attitude to the political and social events of the time. Most of them actively supported the American colonists in their War of Independence. But their feelings were complicated by the existence of slavery in America and by the slave-trade. Thomas Day wrote the widely circulated poem The Dying Negro. Erasmus Darwin also later expressed strong abolitionist views:

“How Afric’s coasts thy craftier sons invade
With murder, rapine, theft, – and call it Trade!
The slave, in chains, on supplicating knee,
Spreads his wide arms, and lifts his eyes to Thee;
With hunger pale, with wounds and toil oppress’d,
‘Are we not Brethen?’ sorrow choaks the rest.”