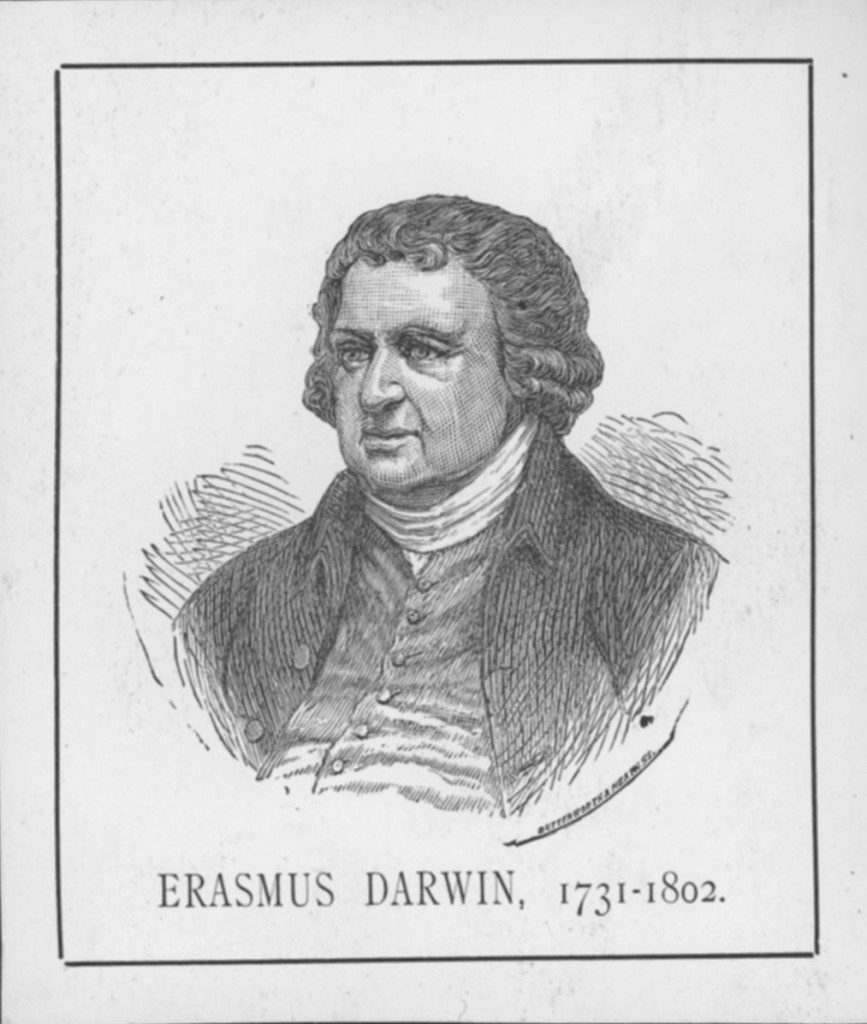 Samuel Johnson described Lichfield as a “city of philosophers” where Erasmus Darwinwas the most prominent of an outstanding group of 18th century writers, medical men and intellectuals who were born in the city or lived locally.

Darwin was probably Britain’s most eminent doctor and George III tried to persuade him to leave Lichfield and become his personal physician. Darwin’s reputation, though, was built on other achievements. He was a philosopher, scientist and poet and contributed as a thinker to the international Enlightenment.

Lichfield provided the environment which enabled Darwin to secure wealth, a happy domestic life and the leisure to engage in creative activity. Inside the city and its surroundings he observed, investigated, debated and wrote.

This exhibition by Olga Baird explores Darwin’s life and legacy in Lichfield.