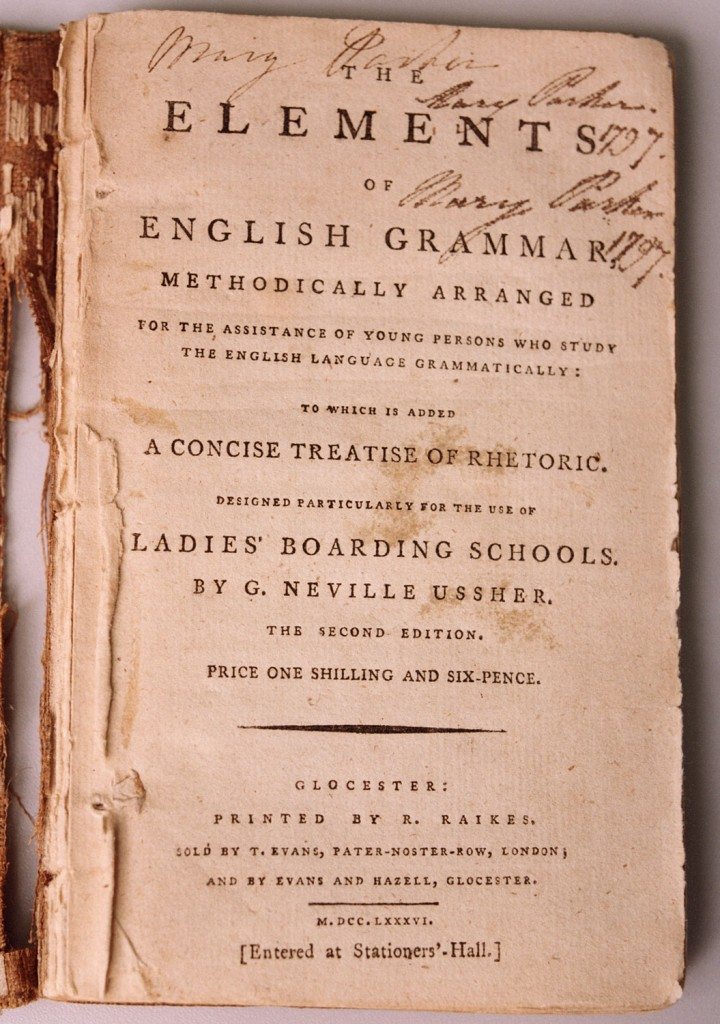 Image: A textbook belonging to Mary Parker with her signature and date, 1797 (Title page of G Neville Usher, The Elements of English Grammar  (London, 1786).

Darwin wrote A Plan for the Conduct of Female Education in Boarding Schools  for his two daughters, Susan and Mary Parker. He proposed a broad curriculum including modern languages, natural philosophy and science along with physical exercises and hygienic recommendations. A copy of his book can be seen in the museum.  One of the textbooks belonging to Mary Parker has also survived.

At that time many Lunar people subscribed to Jean-Jacques Rousseau’s theories of education through freedom and kindness. Darwin’s book shows that although he shared these ideals, he also believed in systematic teaching. He was sensitive to Rousseau’s philosophy of a harmonious life in tune with nature. In 1766, Darwin met the French thinker who was staying in Staffordshire while in exile from France. He responded to Rousseau’s ideas by the creation of a botanic garden in a small valley a mile away from his house. According to Anna Seward, “not only with trees of various growth did he adorn the borders of the fountain, the brook and the lakes, but with various classes of plants, uniting the Linnean science with the charm of landscape.”   Darwin even founded the Botanical Society of Lichfield whose first task was to translate Carl Linnaeus’ Systema Naturae into English.