Home·People·Boulton, Matthew·The other side of the Coin: Women and the Lunar Men 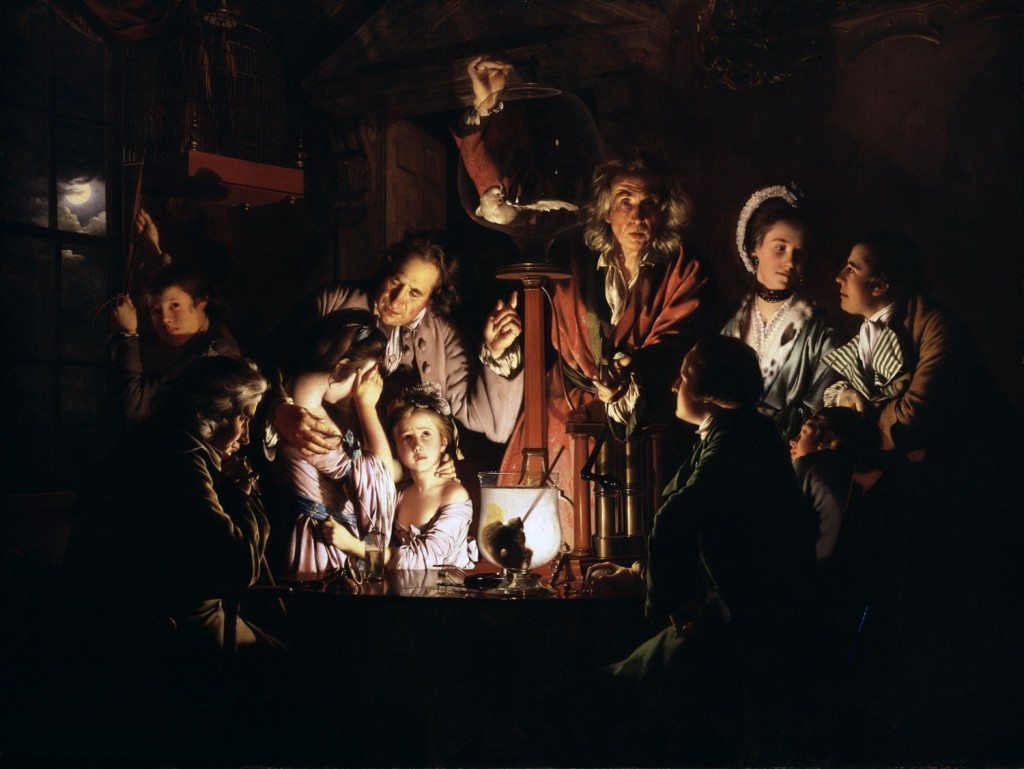 Image: Joseph Wright of Derby (1734-1797), An Experiment on a Bird in an Air Pump(Exhibited 1768). Oil on Canvas. This painting is open to many interpretations. At one level it shows that women as well as men could share in the communication of scientific knowledge or “natural philosophy”. Several of the Lunar men, for example Erasmus Darwin, James Keir and Richard Lovell Edgeworth, provided their daughters with an education that included subjects such as mechanics and chemistry as well as more “acceptable” subjects such as botany.

The following exhibition looks at a few women with some link to some of the men who were members of the Lunar Society: Matthew Boulton, Thomas Day, Richard Lovell Edgeworth, James Keir, William Withering and Joseph Priestley. Some of these women were daughters, such as Ann Boulton, Amelia Keir and Maria Edgeworth and experienced the education provided by their fathers. Maria Edgeworth achieved fame independently as a writer. Two orphan children, Sabrina and Lucretia were objects of an experimental upbringing pursued by Thomas Day.

Other women were independent of the Lunar men and related to them differently, such as Mrs Montagu, Boulton’s banker. Two others, Mary Knowles and Lady Catherine Wright, corresponded with William Withering on matters relating to the status of women or scientific matters. Mary and Martha Russell, whose father was a close friend of Joseph Priestley, have left written material and of their flight from Birmingham to France and America after the Priestley Riots of 1791.

There are other examples and the bibliography gives some suggestions for further reading. Few portraits exist of women in 18th century England and images are unknown for many of those who are described in this article. Several of the illustrations are of Lunar men – the fathers or correspondents of the women who form the subject of this piece.

The Return of the Russells to England Sources and Further Reading