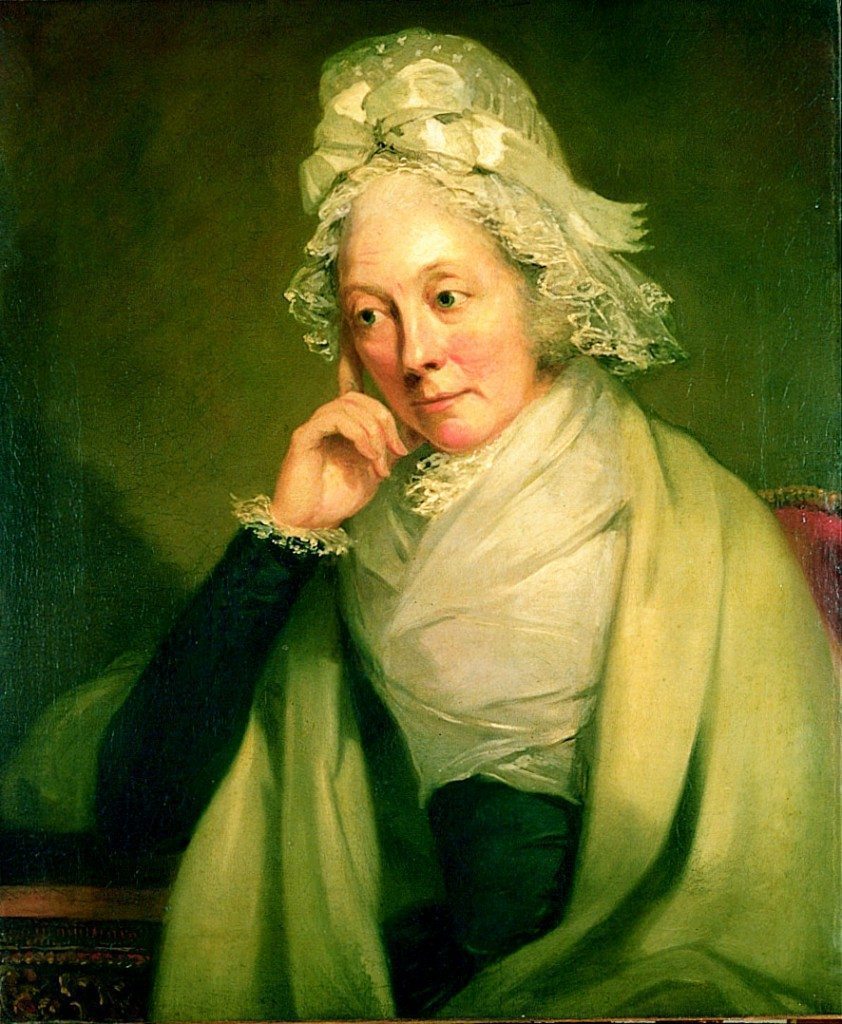 Image: Mrs Joseph Priestley, by C F von Breda, 1793. Oil on Canvas. Mary Priestley was the wife of Dr Joseph Priestley and brother of John Wilkinson, the iron master. Joseph Priestley was heavily dependent on Mary to manage his household whilst he concentrated on his research, writing and experiments. She was a highly intelligent companion for her husband. A French visitor to Priestley’s house near Birmingham in 1784, described Mrs Priestley and her daughter as “distinguished by vivacity, intelligence, and gentleness of manners”

Some of the Lunar Society members may have had a narrow view of women’s abilities and place in society, but others were quite used to dealing with women who were making their own way in the world. The banker of Matthew Boulton and James Watt for many years was Charlotte Matthews of London, who took on the financial business for Boulton & Watt after the death of her husband, William Matthews. Charlotte also became a close friend of the Boulton and Watt families.

Watt was by no means a feminist, telling his daughter by his first  wife before her marriage:  “It is his province to order and yours to obey, nor are you ever to dispute his will even in indifferent matters”, yet his second wife, Ann, was herself something of a chemist, the daughter of a linen bleacher and able to understand and share her husband’s technical and scientific interests and concerns to a considerable degree, so that he was able to write to her on technical matters when he was away from home.

In the Lunar men’s wider circle were women like the writers Fanny Burney (Matthew Boulton recommended his son to read her best-selling novel Evelina), Anna Seward and Hester Thrale, and the astronomer Caroline Herschel, who helped her better-known brother William in his research.

In Birmingham and the Midlands, from 1766 onwards members of the Lunar Society  met at one another’s homes around the time of the full moon to discuss their latest ground-breaking ideas, pondering over such matters as the composition of air and water, the behaviour of light, the geology of the clays Josiah Wedgwood used and the electricity that fascinated Joseph Priestley. All of these subjects went under the broad heading of “natural philosophy”.

It was natural that such men should want to share their ideas, but – to some of them at least – a novel notion that women might also be interested in subjects perceived as being outside their “natural” sphere. Women, even in the middle and upper classes, did not usually receive such a broad education as men; what they did learn, in general, was designed to fit them for the roles of wife and mother. Some women accepted this without question, or resignedly as their lot. Some found it frustrating and limiting, and said so. Some overcame it.

Meanwhile for the mass of working-class women, life was not about philosophy. Like their better-off counterparts, they too were limited by lack of education, but for them ignorance was one more layer of hardship in the battle against poverty. As working wives, doing outwork at home, working alongside their menfolk on the farms in the old rural pattern, or on semi-skilled jobs in the new factories in industrial towns, their lives were hard and exploited – yet they perhaps played a more immediately influential role in the family than their sisters from higher up the social scale, many of whom were denied the chance to make any meaningful contribution.