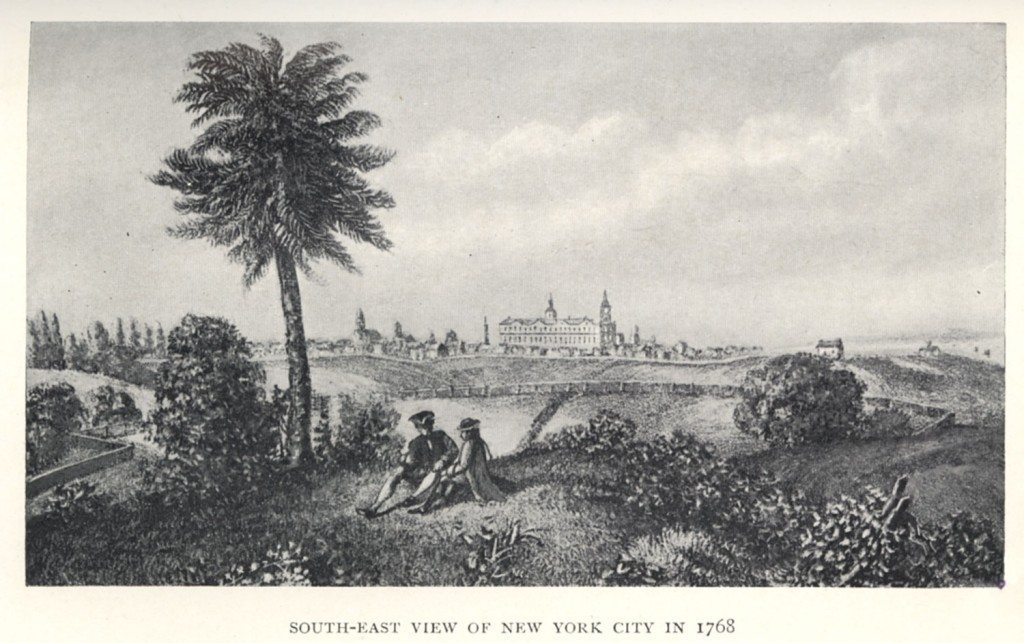 On 22 June 1795 the Russells left Paris for Le Havre, from where they set sail for America on 3 July, landing at New York on 22 August. Mary Russell’s diary records her delight at the rural beauties of Staten Island after so long at sea. They stayed only a short time in New York, where yellow fever was rife, before setting off (in their own coach, brought with them from Paris) for Philadelphia, where they planned a reunion with their old friend Joseph Priestley.

No sooner had they found lodgings in Philadelphia than he called on them and showed them round, before accompanying them to Northumberland, near his home. “Dr P-s family all well & very glad to see us the situation of Northd is beautifull just on the forks of the Susquahanna it is a small place & the roads about it are very good,” wrote Mary approvingly.1 Her brother Thomas recorded that Dr Priestley had:

“bought a frame house, and it is fitted up with all that neatness for which his wife is well known, but still it is a mere hut in comparison with the one they lived in formerly. His eldest son, Joseph, lives with his wife in a large brick house. William and Henry, his other sons, cultivate a farm three miles from town. The Doctor is enveloped in his studies…”

By 1797 the Russells were living in Middletown, Connecticut. Mary wrote:

‘The universal custom of having slaves in Virginia & Maryland my father found very disagreeable & the cruel manner in which they were in general treated must shock the feelings of every friend to humanity whose heart is not hardened by education & habit of regarding the Negroes in a light not superior to Beasts.”3

She also writes of snowy winters, sleigh rides, dancing, and cases of rabies.