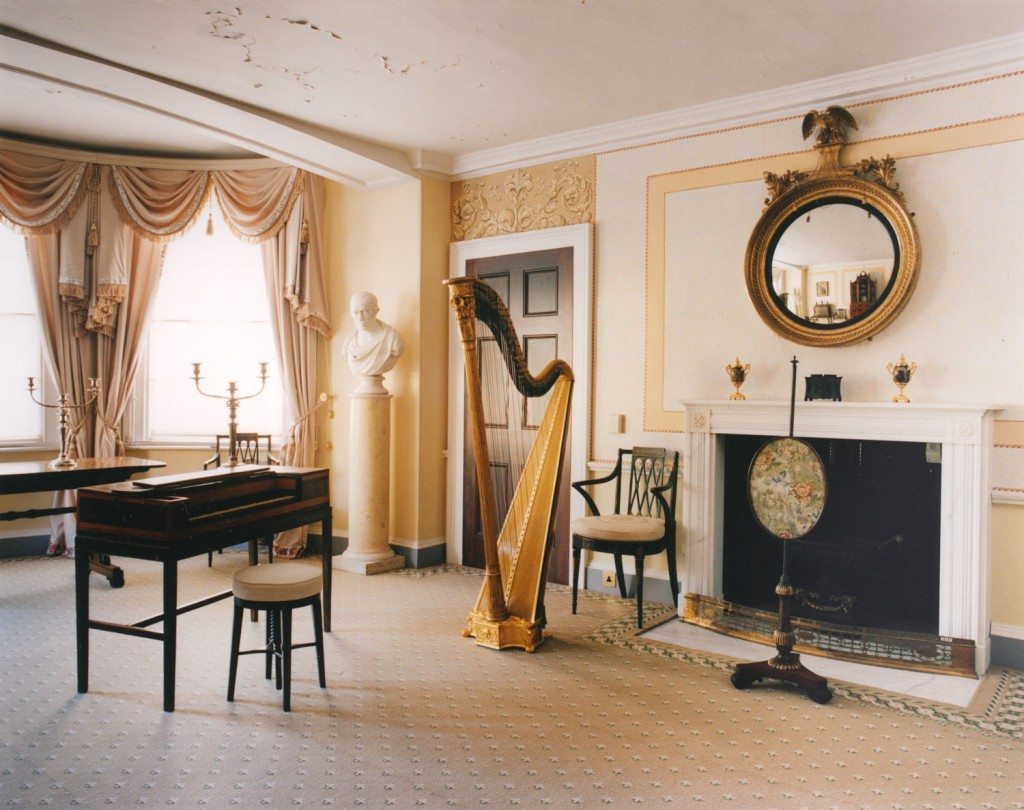 Image: The drawing room at Soho House, Handsworth near Birmingham. Ann Boulton (1768-1829) lived at Soho House until after her brother’s marriage in 1817. The room provided Anne with an opportunity to practice her music. Matthew Boulton sent her a pianoforte, similar to the one in the photograph in 1801.  There is no known portrait of Anne Boulton.

The members of the Lunar Society were, almost by definition, committed to the idea of education. But what that meant for daughters and wives tended to be different from what it meant for sons. “Improving” reading, French, music, dancing, drawing and embroidery formed the main elements of the typical middle-class young woman’s curriculum. Of the sciences, botany was the only one considered even vaguely “suitable” for girls. When Matthew Boulton was thinking of sending his daughter, Ann, away to school and asked his friend John Whitehurst to have a look at a school in London for him, Whitehurst went to see the place but wrote to Boulton ‘The education of girls appears to me of more real importance than that of boys” – by which he meant that greater care needed to be taken. He recommended that Ann should be educated at home, and with fellow Lunar Society member Thomas Day drew up a plan for her education (which has not been found), which he estimated would cost  £25 per annum, adding “I mean to include all the branches of Education which in a general way cost £70 per annum.”

Ann Boulton did eventually go away to school for a time, when she was about 10 years old, but did not receive such an extensive education as her younger brother, Matthew Robinson Boulton, who was educated with a view to him taking over the business at Soho in due course. While at school, Ann studied English, French, drawing, history and geography. Later, she learnt music from a Mr Harris in Birmingham, botany from Boulton’s friend Dr William Withering, and embroidery from Mary Linwood, a celebrated embroiderer of so-called “needle paintings” in Leicester.