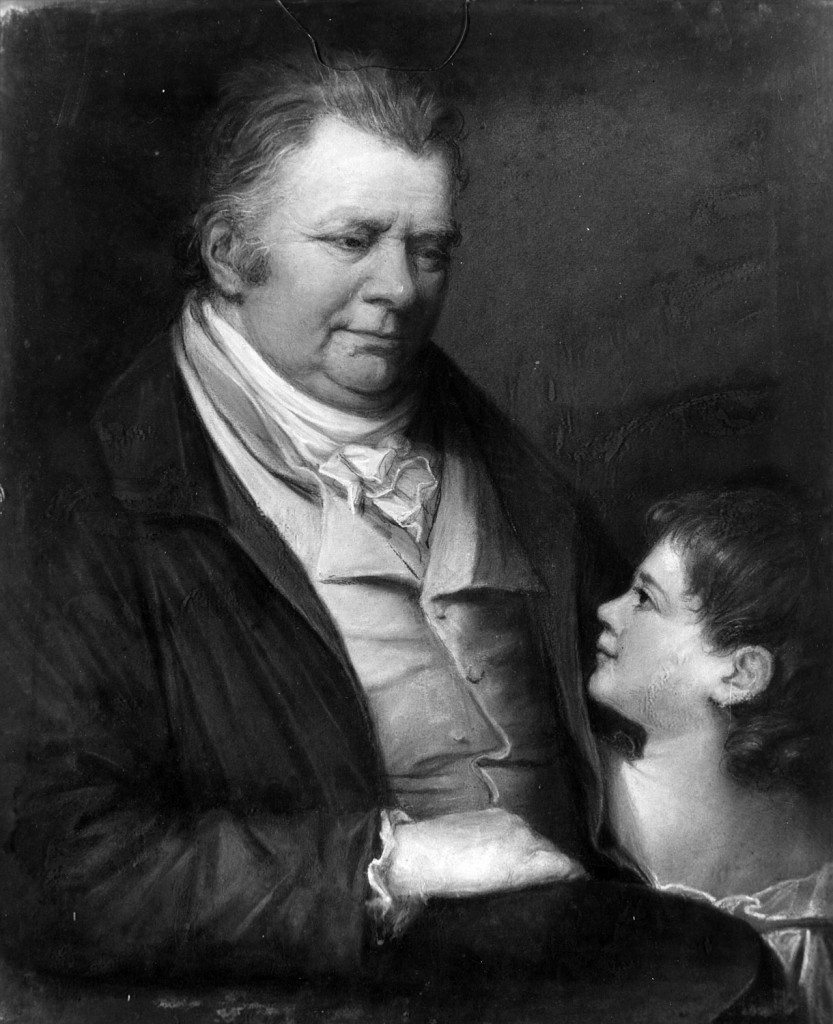 Image: Portrait of James Keir and his granddaughter.

Day’s problems with his two ‘experimental’ potential wives arose from his belief that he could impose his own ideas and values on them. A different approach was to use a girl’s natural curiosity as the instrument of her education. About 1805, James Keir, Lunar Society member, chemist and metallurgist, wrote a work entitled Dialogues on Chemistry Between a Father and his Daughter , for the benefit of his daughter, Amelia. Amelia would have been about 25 by this time, so the sizeable work (over 300 pages) was perhaps based on conversations and informal lessons between them when she was younger. The work, which never seems to have been published, is in two parts. Part I takes the form of a dialogue between Amelia and her father. Amelia complains that the chemistry books are “full of hard words”, especially her father’s well-known Dictionary of Chemistry. He replies: “My Dictionary was not written for such little girls as you, but for persons who know as much or more than myself.” Amelia observes that in that case it would be better if he wrote a book for “ignorant persons like me”, and her father agrees, suggesting that if their conversations are written down, “Then all these Conversations will make a book on Chemistry for Boys and Girls, or even perhaps for such grown up Gentlemen and Ladies, as may be, however accomplished in other things, Boys and Girls in Chemistry”.

In the questions and answers which follow, the basic precepts of chemistry are explained using everyday examples to get the ideas across. Part II “The Chemical History of Substances” deals in detail with such subjects as oxygen, the chemical properties of air, combustible substances, alkalis, earths, and so on, and would give any young person reading it a solid grounding in chemistry.