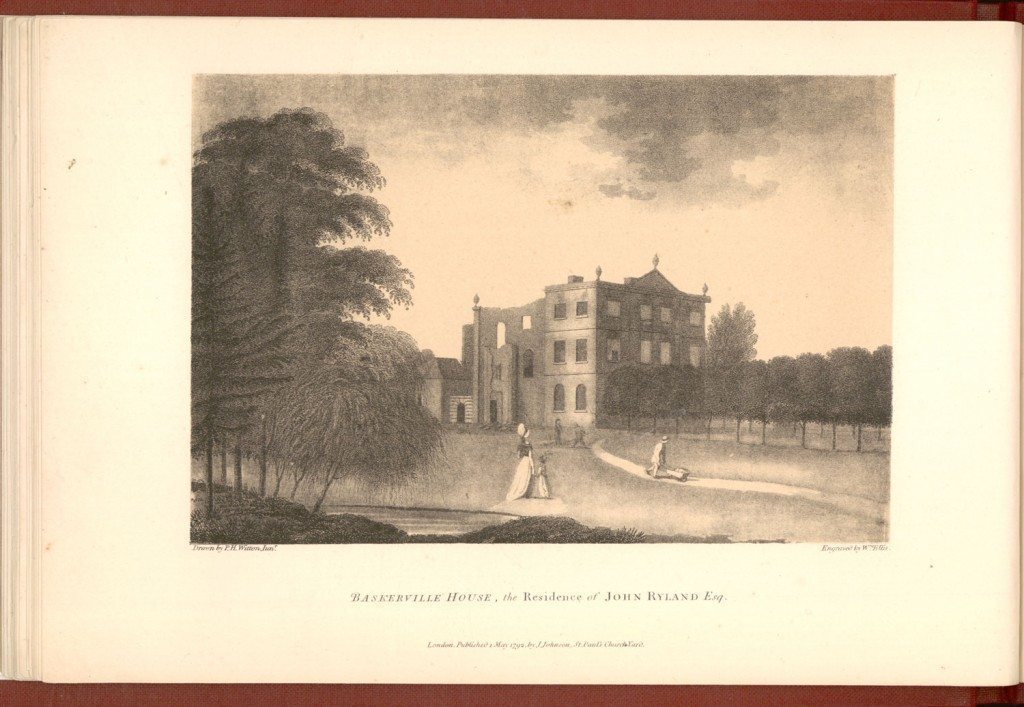 Image: Baskerville House, Residence of John Ryland Esq., from The Riots at Birmingham, July 1791. The publication was republished by Arthur Bache Matthews, Birmingham in 1863.

Certain aspects of what happened during the Riots do indeed suggest a degree of reason behind the madness. Several owners of properties were warned in advance of their fate and, in the most remarkable episode, the elderly lady tenanting a “targeted” house owned by John Taylor, was helped to move all her belongings to a safe distance before destruction commenced.

On the other hand, elements of the mob were clearly motivated by more basic desires than protecting the establishment, with Priestley’s cellar given higher priority than his laboratory in the attack, and many looters joining in the fun. The same thing happened at Baskerville House on Easy Hill with tragic consequences for drunken rioters who were trapped in the building when it was set alight.