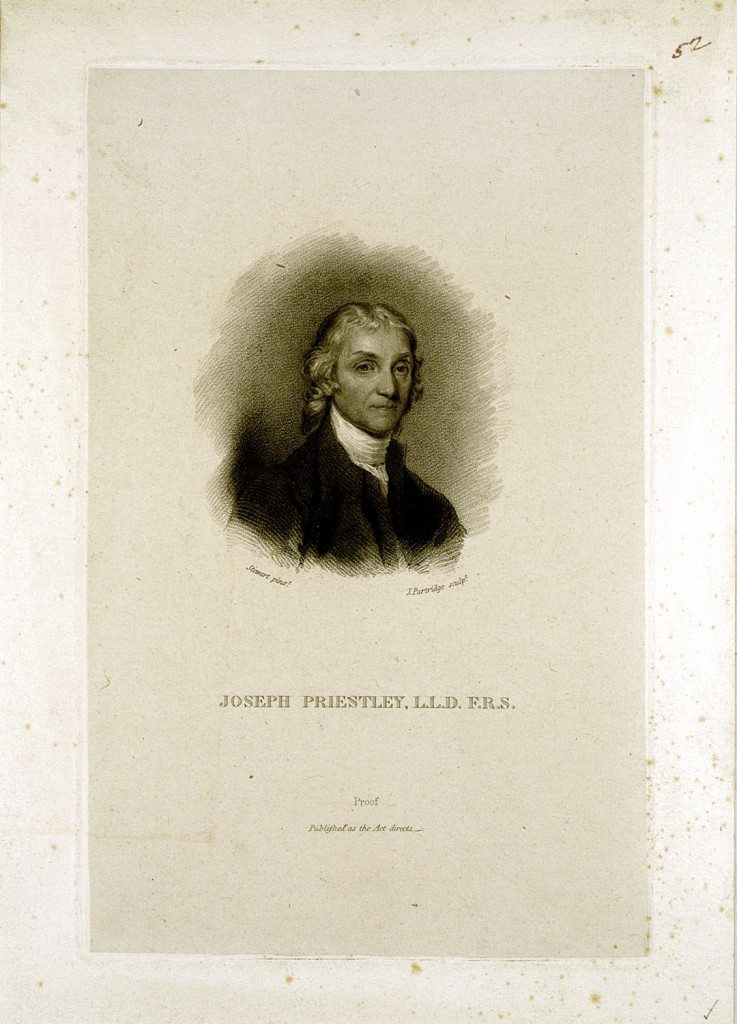 The “Priestley” Riots of July 1791 are one of the best-documented episodes in Birmingham history. The initial coverage of the riots in the local and national press led to a plethora of letters to the papers and “corrective” pamphlets. The victims were, after all, what Chris Upton has termed the “chattering classes” of their day.1 Principal among these are at least three pamphlets all claiming to be “An Authentic Account” of the Riots2. But of course, prolific writer, William Hutton, a double victim of the Riots, had his say too3, as did his daughter, Catherine,4 and his friend William Russell’s daughter5. Perhaps the final word should rightly go to Priestley himself.6
The Riots are mentioned in all general histories of Birmingham, with detailed accounts in Dent7, Gill8 and Upton9, and had a whole book dedicated to them by popular historian, Vivian Bird, at the time of the bicentenary in 199110.
More analytical accounts are given by Rose11 and Martineau12 (the latter addressing the single issue of whether the Riots were “managed”) while the wider context is provided by Money13.

With all that has been written, it might be imagined that everything possible is known about the Riots. However, the story remains incomplete, due to the preponderance of accounts by people favourable to Priestley, and limited research into “the other side” as told by local establishment figures and the London Press.

One of the few exceptions is the letter contesting Priestley’s view of the Riots in one of the Authentic Accounts14. This accuses Priestley of inciting the violence against him while in no way excusing it15. After all, Priestley had famously written in January 1791, “I have long since drawn the sword and thrown away the scabbard, and am very easy about the consequences”16. However, to the modern mind, Priestley’s defence – that his weapons had been words and with words only should they have been answered17 – rings truer.

The circumstances leading up to the Riots are discussed in Rose18. The backdrop was years of growing tension between local dissenters and established churchmen connected with the campaign for the repeal of the Test and Corporation Acts; but the final spark was the political rift between radicals and conservatives brought about by the French Revolution of 1789.

Like others in Birmingham, Priestley was firmly on the side of both dissent and radicalism, although as always the lines were somewhat blurred – one of the leading radicals, James Keir, was in fact an Anglican.

2 A) An Authentic Account of the Late Riots in the Town of Birmingham and its Vicinity, from the Commencement of Thursday, the 14th of July 1791, to the final Suppression on the 19th of the same month. Together with the Letter of Dr. Priestley, and an Answer thereto. Also, the several Letters of Wm. Russell and James Keir, Esqrs. With an Account of the Toasts drank at the Gallic Commemorative Meeting, at the Hotel, and a Literal Copy of the Seditious Hand-Bill, which is supposed to have given rise to these Riotous Proceedings (Birmingham 1791);
B) An Authentic Account of the Dreadful Riots in Birmingham, occasioned by the Celebration of the French Revolution, on the 14th of July, 1791, when the Property of the Inhabitants was destroyed to the amount of Four Hundred Thousand Pounds (H.D. Symonds, London, 1791);
C) An Authentic Account of the Riots in Birmingham, on the 14th, 15th, 16th, and 17th days of July, 1791. Also, the Judge’s Charge, the Pleadings of the Counsel, and the Substance of the Evidence given on the Trials of the Rioters. And an Impartial Collection of Letters, &c…. The whole compiled, in order to preserve to posterity the Genuine Particulars … of an Event, which attracted the Attention of Europe. (Compiled by James Belcher, Birmingham, 1791 – Appendix 1792).

3 A Narrative of the Riots in Birmingham, July 14, 1791, particularly as they affected the Author, in The Life of William Hutton (first published 1816, latest edition with introduction by Carl Chinn, Brewin, Studley, 1998) – Hutton says that he intended to publish this section separately “but my family would not suffer it to see the light” (p. 73).

4 A Narrative of the Riots in Birmingham, July, 1791 (“Printed for private circulation among the descendents of those who suffered in those troublous times”, Birmingham, 1875) – note the long delay before publication, long after Catherine and all others involved were dead.

6 Priestley, Joseph, An Appeal to the Public, on the Subject of the Riots in Birmingham. To which are added, Strictures on a Pamphlet, intitled ‘Thoughts on the Late Riot at Birmingham.’ (J. Thompson, Birmingham, 1792)

10 The Priestley Riots, 1791, and the Lunar Society(Birmingham and Midland Institute, Birmingham, 1991)