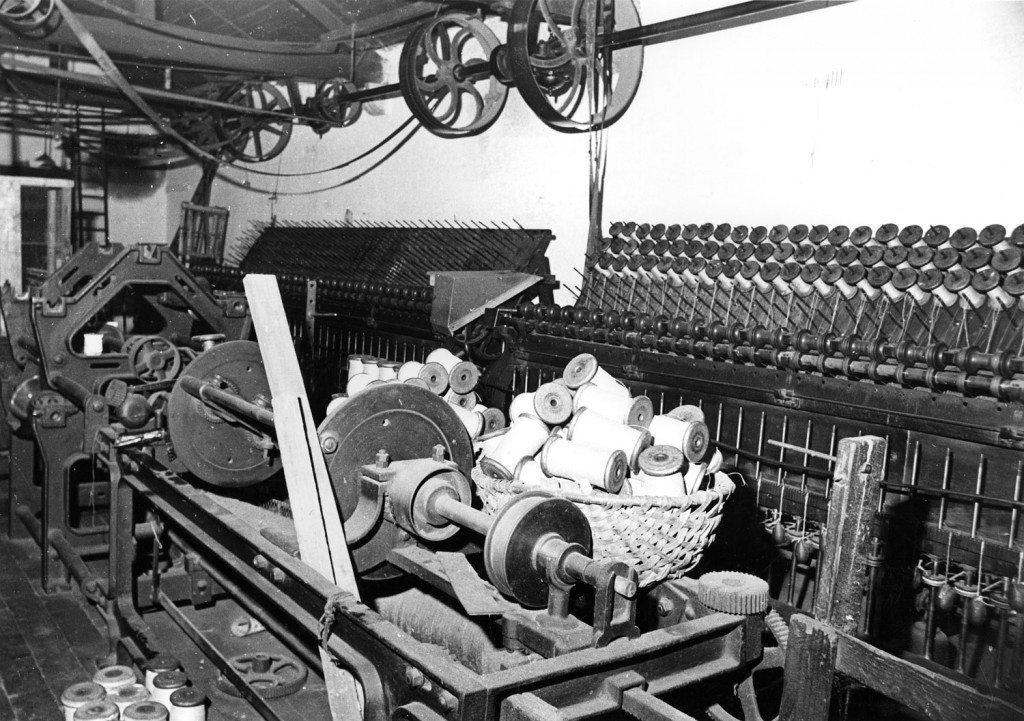 Image: A room at Lowe’s ropeworks, Bewdley in about 1973, with rope and twine-making machinery. The mechanisms which were used to translate steam power – and later electricity – into energy to operate the machinery are shown at the top of the picture.

Throughout its history, Lowe’s depended on manually operated equipment to manufacture its products. Evidence from the firm’s correspondence books showed that by 1862, the firm was interested in purchasing new equipment, including Todd and Rafferty’s Spinning Machine which could convert fibres into yarn. The business obtained a steam engine to power machinery which operated for 24 hours a day until it was replaced in 1950.