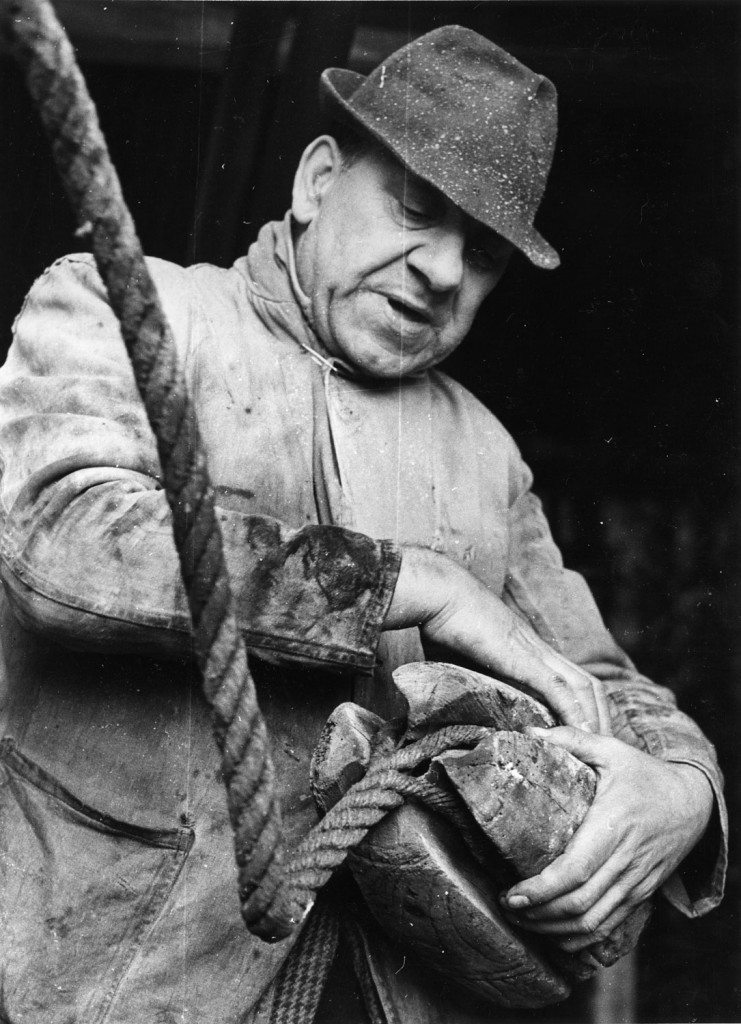 Image: Mr Mills, a former worker at Lowe’s ropeworks, Bewdley demonstrating the use of a top in the spinning process.

The top was a conical wooden block, normally with three or four grooves to separate the yarn while it was being twisted. The worker placed it close to the swivelling hook on the jack with a group of yarns in each groove. This stopped the yarns getting tangled when twisting began.