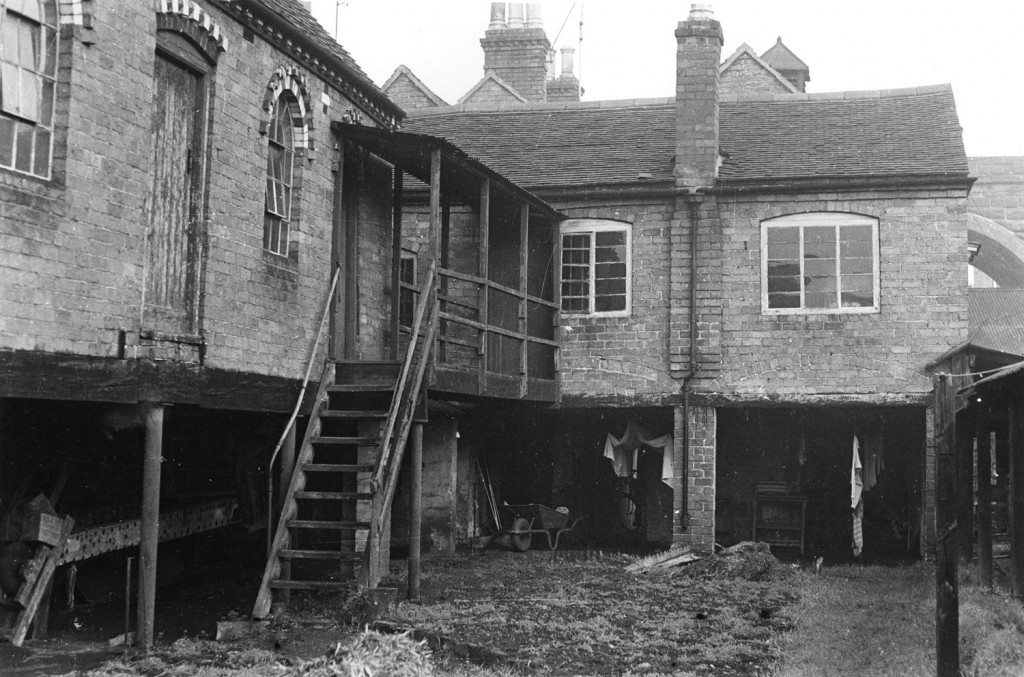 Image: An exterior view of buildings at Lowe’s rope manufactory. Much of the firm’s production took place in the open air. The stretcher board on the left is at Bewdley Museum. The railway viaduct of the Severn Valley Railway is in the background.

Tradition indicates that that the business was established in 1801, but the first precise reference is in an assignment of leasehold in 1813. In that year Richard Lowe (c.1772-1826) is named as the occupier of a ropewalk in Wribbenhall, which was across the river from the main Bewdley settlement and conveniently next to roads to Kidderminster and Stourbridge. Lowe, a member of Bewdley’s Baptist congregation, also acquired the lease of the property. He established a family firm which survived until its closure in 1972. His sudden death in 1826 left his wife, Mary, to raise a family of eight children. Mary also took charge of the business. Her letter books demonstrate her authoritative command of its needs in a competitive environment. She had to negotiate with suppliers, demand payment from customers, employ workers, ensure quality and deal with the problems caused by bad weather and difficult neighbours. She did not retire until 1845 at the age of 69, when her three sons took over the business.