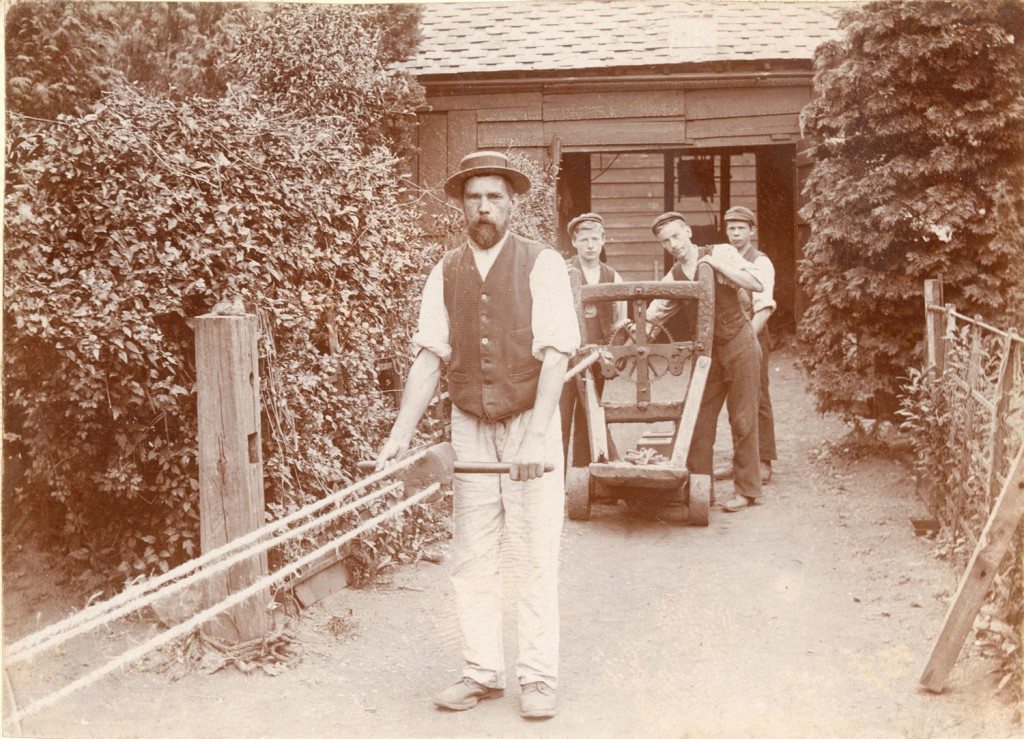 Image: One of the important products made at Lowe’s ropeworks was cable. Cable is three complete ropes laid together and is used when elasticity is required for towing. Bewdley’s involvement in the river trade along the Severn ensured that towing ropes were an important source of local demand. In the photograph, dating from about 1897, four men at Lowe’s are spinning cable. The older man is supporting a “top” which takes the three strands of rope and one of the others is winding on the “traveller”.

According to one source, I L Wedley’s, Bewdley and its Surroundings, 1914, Lowe’s was established to provide rope and twine for the needs of the water trade and carpet works at Kidderminster. Water carrying companies needed towing ropes, lashing ropes, sail twine and rigging. At one time Lowe’s had a long rope walk at the Crundalls, close to the railway line, especially for the production of river ropes. The carpet industry was a voracious consumer requiring several varieties of cordage. These included lacing twine to hold together cards used for Jacquard looms, cord to fix the end threads of carpets and thread for packing.