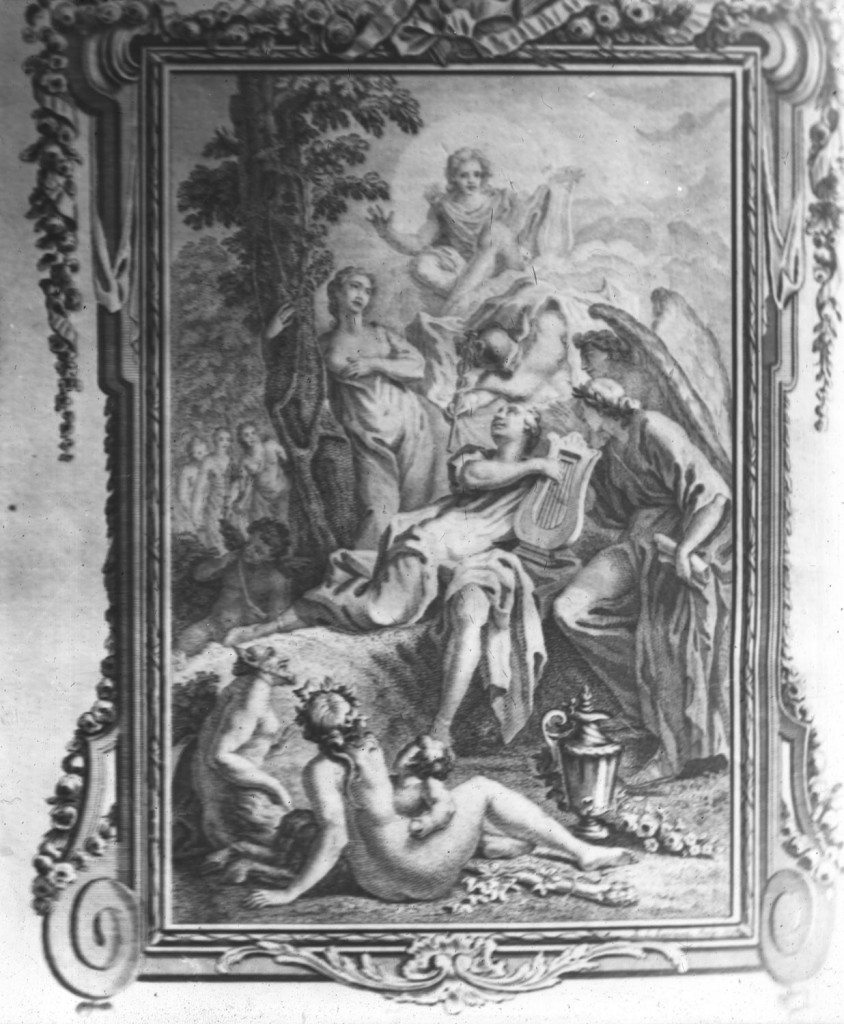 Image: Frontispiece from Quintus Horatius Flaccus, Printed by John Baskerville, Birmingham, 1770. Unlike Franklin, Baskerville published and printed a limited range of high quality books: “It is not my desire to print many books; but such only, as are books of Consequence, of intrinsic merit, or established reputation, and which the public may be pleased to see in an elegant dress…”

In spite of their mutual interest, Baskerville’s and Franklin’s professional careers and aims were very different from each other.

Benjamin Franklin was probably the most successful printer of his time. From 1729, when he became a master-printer, to 1748, when his partner David Hall took over the management of his business, 432 publications were recorded. Most of them were pamphlets, advertisements, job printings, government publications, almanacs and newspapers addressed to general public – countless non-literary farmers, mechanics, artisans, shopkeepers who demanded news, practical information, and also action and entertainment. He satisfied this demand with his Pennsylvania Gazette and “Poor Richard’s Almanack’, ‘a proper Vehicle for conveying Instruction among the common People, who bought scarce any other Books” and he “endeavour’d to make it both entertaining and useful”. The Almanack was immediate and lasting success. By 1750s it was selling at the rate of 10,000 copies a year.

There were still very few bibliophiles and connoisseurs in Colonial America, so there was no real market for fine and expensive printing. Although from the very beginning of his career as master printer Franklin intended to publish books, only about twenty full books were produced by his press.

In contrast, Baskerville’s editions were not addressed to the masses, but to a few connoisseurs. He never wanted to produce a large number of books, but rather to improve the aesthetic appearance of the book, to set an artistic example for the British press, and to realise his own idea of a perfect book. “It is not my desire to print many books; but such only, as are books of Consequence, of intrinsic merit, or established reputation, and which the public may be pleased to see in an elegant dress, and to purchase at such a price, as will repay the extraordinary care and expense that must necessarily be bestowed upon them.” Only about 50 titles were produced by Baskerville’s press, and he never printed any cheap mass-editions.

His books were so expensive that the man who had bought one of them as a specimen of Baskerville’s work would not wish to buy another. For this reason his printing business was never as financially successful as Franklin’s one.