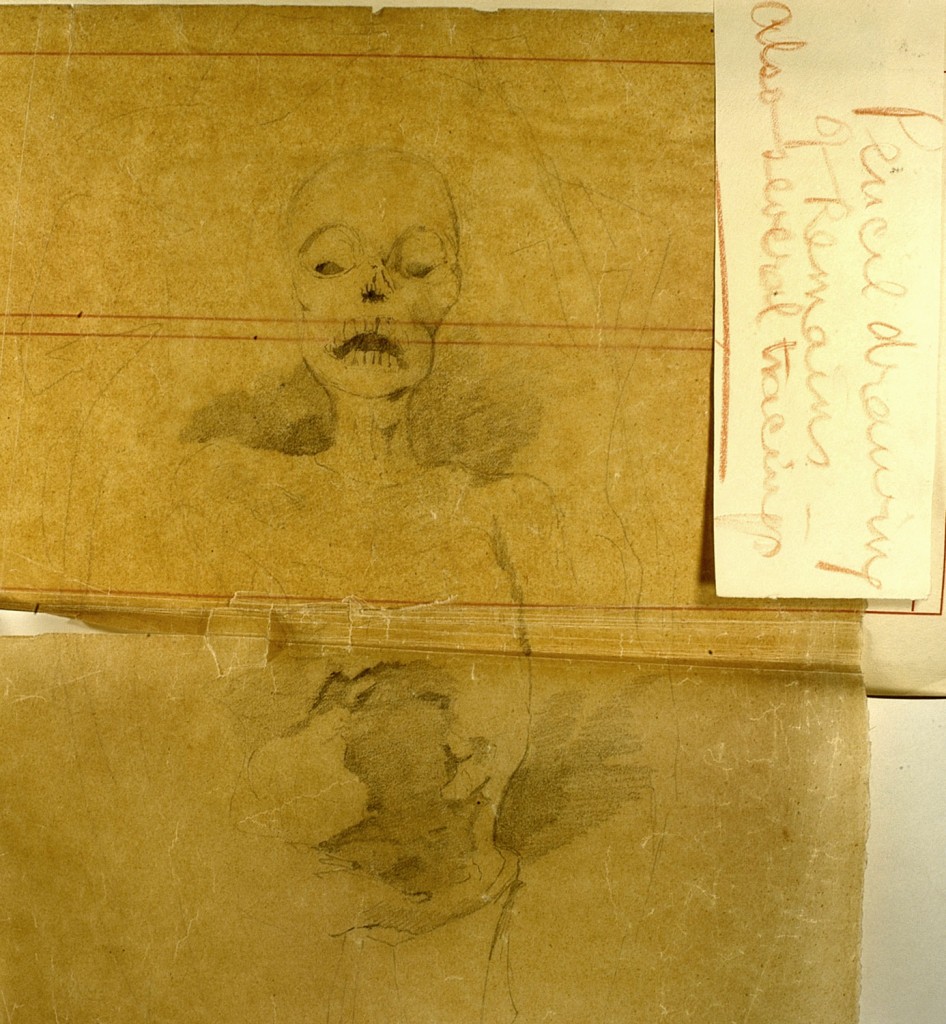 Image: Pencil drawing of the remains of John Baskerville, in Miscellaneous items relating to John Baskerville (1706-1775) from a scrapbook of letters, engravings etc., formed by Samuel Timmins.  Baskerville was buried in the grounds of his house, Easy Hill. In 1820 his body was disinterred by workers digging for gravel. The coffin was stored in a warehouse and in 1829 was re-opened. A drawing was made of his corpse and a rosette from his shroud was also removed. The rosette is also in Samuel Timmin’s scrapbook.

Baskerville died in January 1775, shortly before Franklin returned to America to become a member of the Second Continental Congress and to help to draft the Declaration of Independence. Although the Declaration of Independence was printed not in Baskerville but in the more common Caslon type, he never forgot his English friend and fellow printer. When in 1775 the leading American publisher Isaiah Thomas (1749-1831) established his printing business, Franklin called him the “Baskerville of America” because of the quality of his editions.

Both Franklin and Baskerville, independently of each other, wrote their own epitaphs.

The Body of
B.Franklin, Printer
(Like the Cover of an old Book
Its Contents torn out
And stript of its Lettering and Gilding)
Lies here, Food for Worms.
But the work shall not be lost,
For it will (as he Believ’d) appear once more
In a new and more elegant edition,
Revised and Corrected
By the Author…

John Baskerville, who printed many beautiful books, but was never involved in politics and had little chance to express his views and opinions, longed for liberty and independence of mind:

Stranger –
Beneath this Cone in unconsecrated ground
A friend to the liberties of mankind directed his body to be inhum’d.
May the example contribute to emancipate thy mind
From the idle fears of superstition
And the wicked arts of Priesthood.