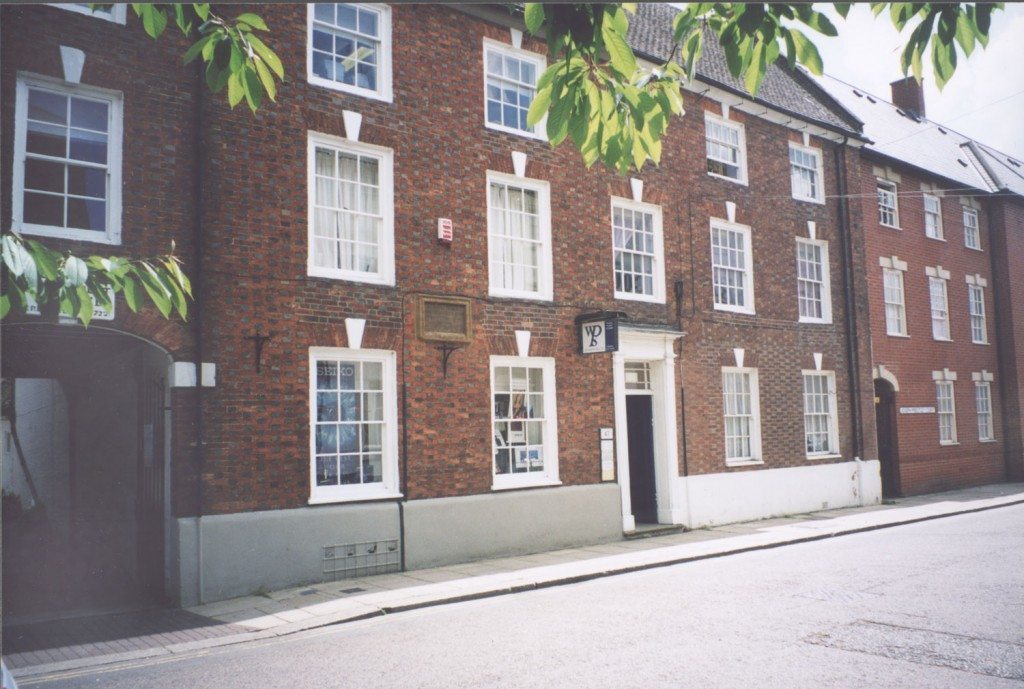 Image: The Academy at Daventry, Northamptonshire, known as Doddridge Academy which Priestley attended between 1750 and 1755

Image from: Photograph by Roy Billingham

Priestley’s aunt would have liked him to become an orthodox Calvinist minister, and with this aim in mind he was sent to Daventry Academy in 1752. Dissenters, that is to say non-Anglicans, were largely excluded from the ancient English universities at the time, and the academies acted as dissenter universities to all intents and purposes. At Daventry Priestley would build up and consolidate his education. He also received a rigorous training in the skills of free enquiry that would become his stock-in-trade for the rest of his life.

It is worth asking what species of Christian Priestley was becoming while undergoing training. Loosely speaking he was a dissenter of course: he dissented from the official doctrines of the established church, the Church of England. But this is not to say very much in an environment of religious pluralism such as that prevailing in England in the early decades of the eighteenth century. When the French philosophe Voltaire visited our shores in the 1720s, he marvelled at a country that had only one sauce but numerous religious denominations. There was “Old Dissent” and “New Dissent”: Presbyterians and Quakers; Baptists and Independents. These sects, it is important to remember, tended to disagree with one other almost as much as they disagreed with the established church. Moreover, Anglicanism was scarcely monolithic: it was riven by the Arian controversy during the early part of the century, and by Methodism during the latter part.

While at Daventry, the evidence suggests that Priestley moved in the direction of Arianism; that is to say towards a point of view that did not deny the divinity of Christ even though it questioned the Trinity insofar as Arians placed God the Father above and beyond the Son and the Holy Spirit. Later on in life Priestley would write that he was an Arian until 1767 when he took up the post of minister to Mill Hill chapel in Leeds. Much later still, in 1801, he would condemn the “folly” of Arianism in no uncertain terms. But Unitarianism – his final religious resting place – scarcely existed as a belief system in 1767, whereas by 1801 it was fully fledged. Unitarianism, or “One-goddism”, as the poet Samuel Taylor Coleridge summarised it somewhat dismissively, did reject the divinity of Christ and therefore completely undermined the doctrine of the Trinity. This placed Priestley beyond the Pale, not just in terms of the established church but in the eyes of many dissenter congregations as well. It meant that he could be depicted as an enemy of Christianity. It was the principal cause of the travails and setbacks he faced during his life.