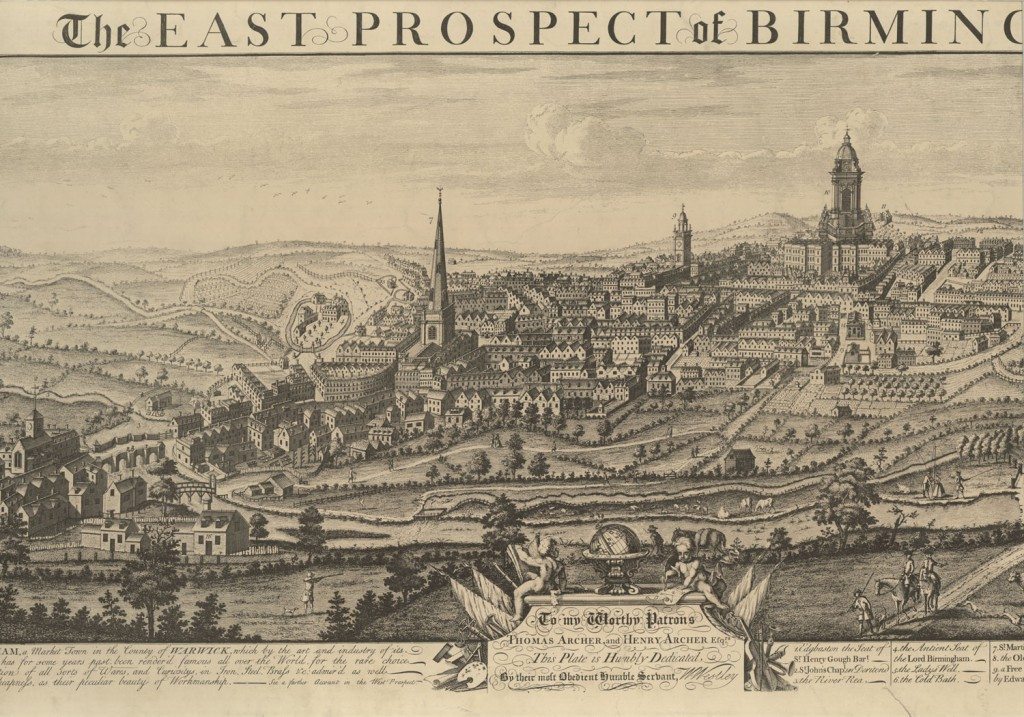 Birmingham in the eighteenth century was an extraordinarily dynamic and inventive place. Little more than a large industrial village at the start of the century, it was expanding at a faster rate than any other centre of population in England with the possible exception of Sheffield. By the end of the third quarter of the century it had become the third largest town in England and Wales (after London and Bristol). By the century’s end it boasted nearly 74,000 inhabitants, although the population peak may have occurred a decade earlier. It was a manufacturing town, of course; indeed ‘the first manufacturing town in the world’ according to the travel writer Arthur Young 4. Utilitarian hardware was its stock-in-trade, but a switch to ornamental metal goods was under way – buttons, buckles, watch chains, snuff boxes, small brass objects and so forth – much of which was produced for export markets.