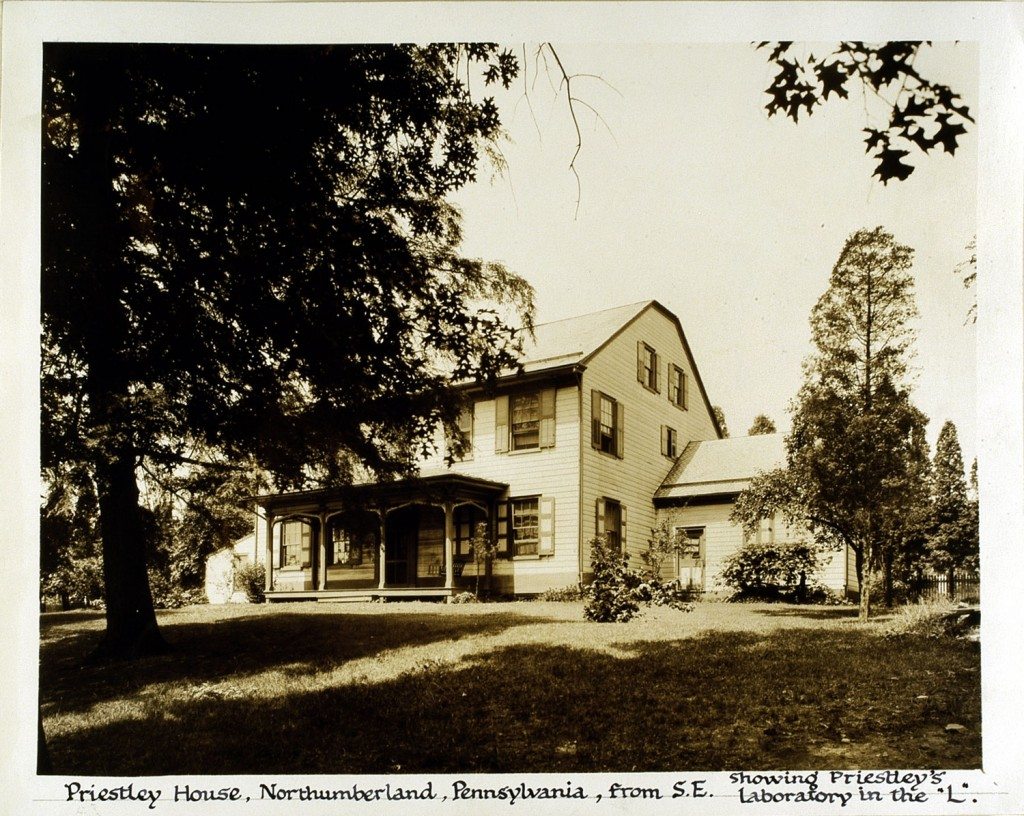 Little persuading was needed to convince him that America offered the better prospect, however. First his sons went out in order to reconnoitre the landscape both physically and figuratively. It had been suggested that intending English refugees should found a model community, either in Ohio or on the Susquehanna River in Pennsylvania. “Old Priestley” as he was now known, only set sail with his wife from the Thames on 7 April 1794. The government’s law officers did not prevent them from leaving, but few lamented their departure either. For safety their vessel, the Hope, joined a convoy of merchantmen in the Channel and, after a lengthy crossing, reached the shores of America early in June.

Priestley found it difficult to write whilst at sea. Instead he took the opportunity to re-read the Greek Testament and the Hebrew Bible as far as the first Book of Samuel. There were only eight or nine other cabin passengers, but the steerage was packed with men and their families going into exile. During the voyage he provided religious services for all and sundry, while noting that there was more religion in steerage than in the cabin quarters. However, the majority of the below- deck passengers were Calvinists. Re-united with his sons, Priestley spent the last ten years of his life in America. He would die there, along with his youngest son and his wife Mary. Sarah, his married daughter who was better known as Sally, had not made the journey and would predecease him in England.

Did America turn out to be the Promised Land? I think not. The infant United States was going through its own political turmoils at this juncture, and refugees such as Priestley who might have been involved in sedition or even conspiracy were scarcely welcomed with open arms, particularly those who, in addition, attracted suspicion on religious grounds. Moreover the young republic was not on good diplomatic terms with either Britain or France during these years, and there was a constant danger that it would be sucked into the continental European war. While his sons settled down to rustic pursuits, Priestley felt marooned. He was living in a modest settlement five days journey from Philadelphia; just getting the mail and parcels of books from Philadelphia to Northumberland was quite an undertaking. As for chemical apparatus, that was another matter altogether.

But Philadelphia, too, was cut off for long periods, particularly during the winter time. When living in Birmingham, Priestley had been accustomed to receiving communications from Paris in four days, but in April 1796 he complained to the Revd Lindsey that no news had reached Philadelphia from Europe for seventy-five days. Not surprisingly, he entertained near constant thoughts of returning to Europe, whether to England or to France. However, he was getting old and frail, and for as long as the continental war endured the Atlantic sea passage remained unsafe for passengers travelling on American vessels.

What he really wanted to do was to preach and to carry out experiments. Yet neither was really feasible in his adoptive land. There was no chapel or congregation at Northumberland, and few were keen to lend him a pulpit in Philadelphia. He was, after all, a denier of the Trinity, albeit a very learned and eminent one. In January 1798 he confided in a letter to John Hurford Stone in Paris that “I am subject to more coarse abuse, as a friend of France, than I ever was in England.” 10 As the struggle between the Federalists and the Jeffersonian democrats reached fever pitch, Priestley found himself condemned on two counts: a dangerous republican and one with unorthodox religious views to boot!

On the science front Priestley did eventually manage, by 1797, to set up a reasonably well equipped laboratory. And he would make the most of the principal natural advantage of his new situation, namely sunlight to power his magnifying glass. But he was completely out of the swim as far as experimentation was concerned. There existed no network of fellow practitioners such as the Lunar Society and if we can judge from the chance survival of letters covering this period, his scientific correspondence was desultory at best. As an adherent to the phlogiston doctrine in chemistry, he was something of a relic in any case. Few if any of his erstwhile collaborators in Europe still clung to the belief in the existence of phlogiston. His main intellectual pastime during the final years seems rather to have been religious introspection: the re-examining and re-working of the articles of his faith. Also biblical exegesis, in an attempt to match up the prophesies contained in the Books of Daniel, Kings and Revelation with the events unfolding in the world about him.