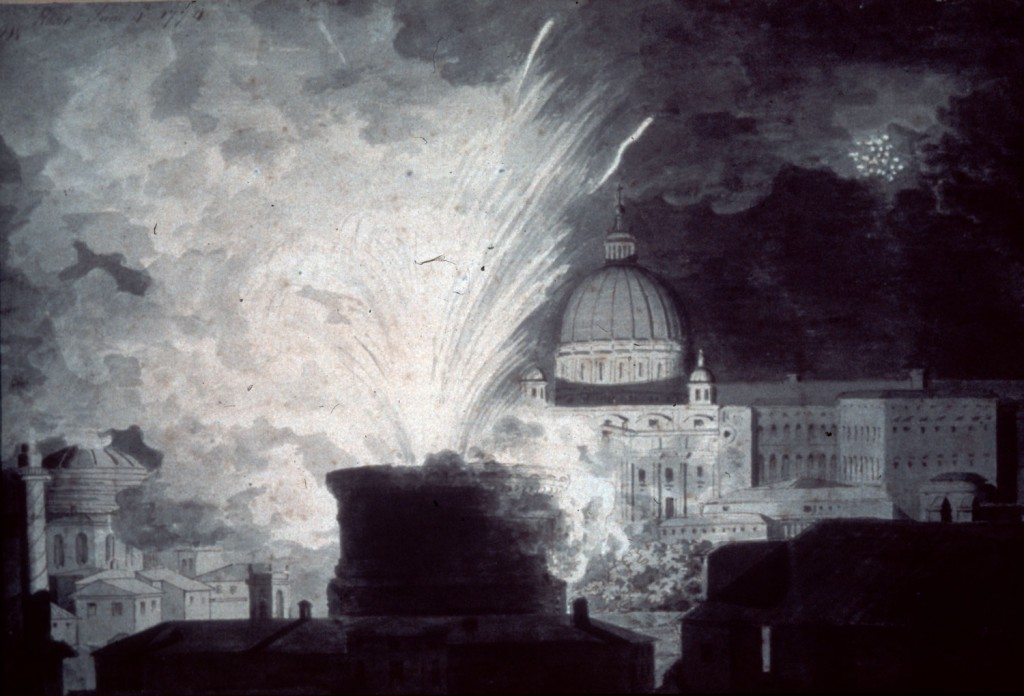 This sketch is part of a series painted by Joseph Wright during the Girandola at the Castel Sant’Angelo by the River Tiber. It was a major fireworks display, so called because of the huge revolving wheel from which rockets were fired. It was held three times a year at Easter and during the festivals of St Peter and St Paul in June. Wright was in Italy at the time of an extra Girandola in February 1775, to commemorate the installation on Pius IV as Pope.