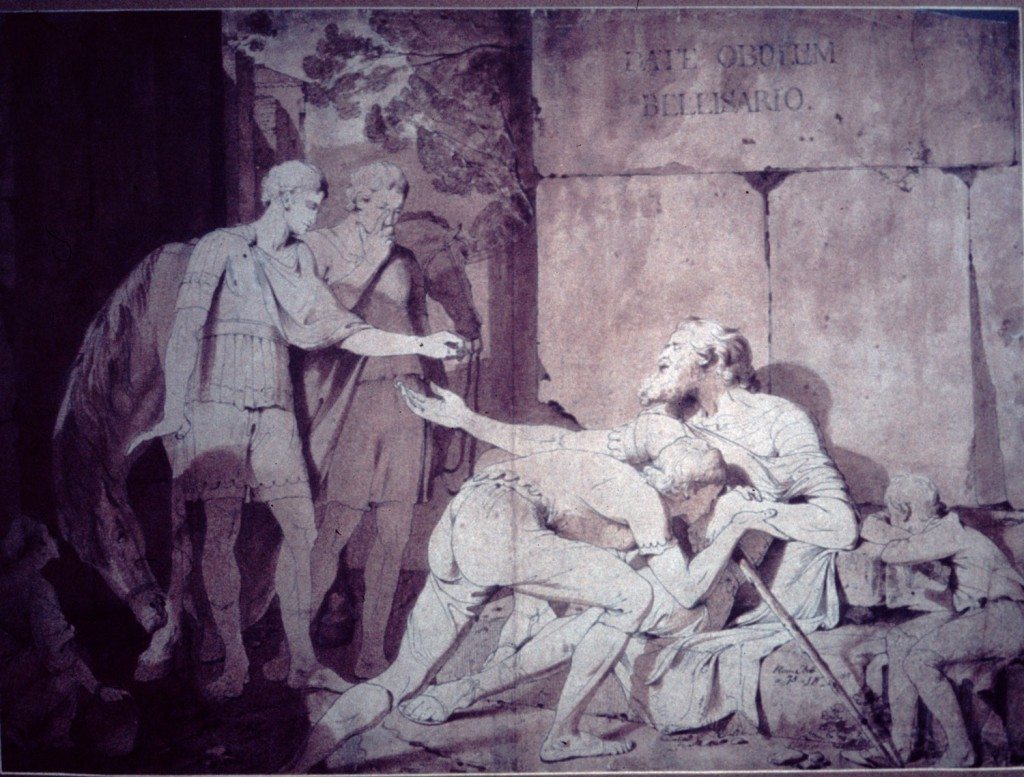 This drawing of a classical subject from late Roman history was completed in 1775 four months before Wright left Rome. By then, his celebration of all things classical had been tempered by his visit to the archaeological museum in Naples and the deepening of his experience through his discovery of the Italian landscape.

Belisarius was a general in the army of the Roman Emperor Justinian. He was a victim of court intrigue which led to his disgrace and loss of office. Belisarius was blinded and forced to beg for a living. In the late 18th century he was the hero of a popular novel written by Marmontel in 1766.

Wright’s drawing reflects his interest in Roman themes, but it also reveals a contemplative theme in his art, the ephemeral nature of worldly achievement, wealth, reputation and happiness. This is represented in several of his major paintings, A Philosopher by Lamplight (1769), Mirovan Breaking Open the Tomb of his Ancestors(1772), Maria and her Dog, Silvio (1781), Jedediah Strutt (1790) and Romeo and Juliet(1790). Several of these are paintings of literary subjects; Belisarius receiving Alms was an early example of this genre.