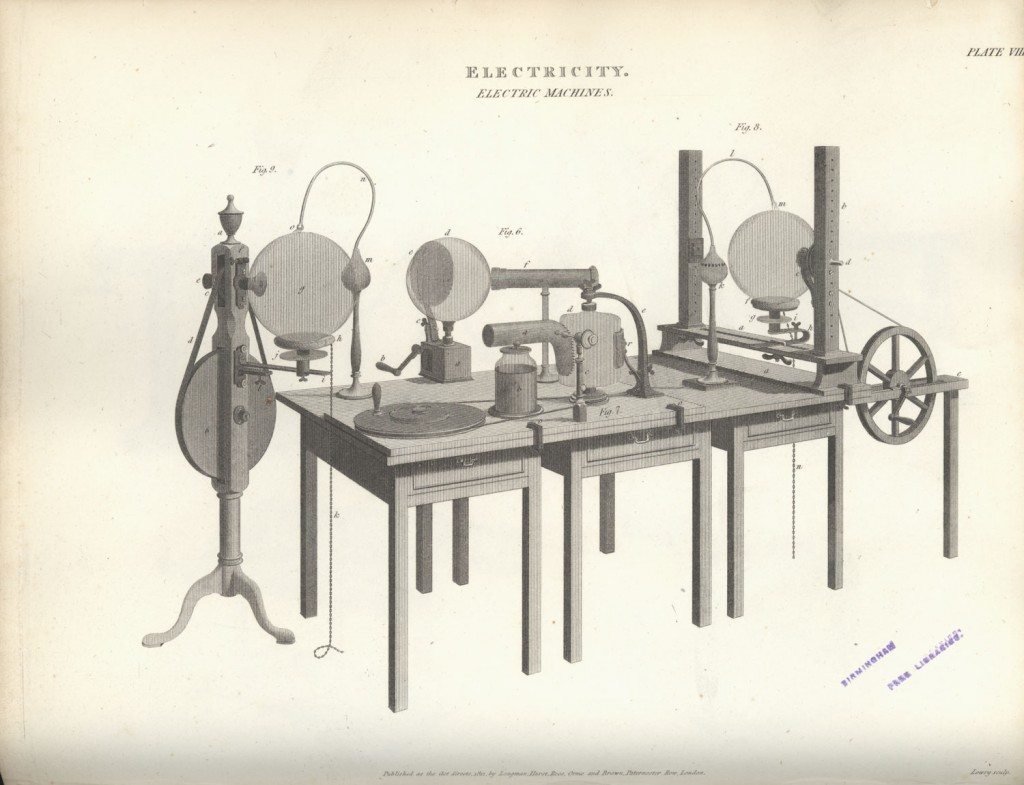 After meeting Benjamin Franklin over the Christmas of 1765, and receiving great encouragement, Priestley set about his work with incredible energy. Based on his progress, he was elected to a Fellowship of the Royal Society in June 1766. By the end of the year, his 750-page book 8  The History and Present State of Electricity, with Original Experiments, was finished. In it, he records that on the 21st of December, “following the instructions of Dr Franklin” he verified that he could not take electricity from the inside of a charged metal cup, whereas he could from the outside.

He then went on to interpret this by suggesting an inverse square law of electricity, by analogy with gravitation: “May we not infer from this experiment, that the attraction of electricity is subject to the same laws with that of gravitation, and is therefore according to the squares of the distances; since it is easily demonstrated, that were the earth in the form of a shell, a body in the inside of it would not be attracted to one side more than another.” 9  Since atoms consist of negative electrons held in the vicinity of positive nuclei by the inverse square law of electricity, a physicist must see this as a major contribution to science – even to the biological sciences since we are all made of atoms.

Earlier in the year, on 4 May 1766, Priestley recorded his discovery that charcoal conducts electricity. This was a significant discovery because, at the time, it was thought that only water and metals were conductors. From a biologist’s point of view it is of interest to know why he was testing the electrical properties of charcoal. He had been using the charcoal to produce “mephitic air”, a term used for unwholesome air in general and specifically for “fixed air” or carbon dioxide (CO2).  Priestley was trying to see if nature had a way of purifying “mephitic air”, and had tried passing electricity through it – after all, we have lightning in the atmosphere. It did not, but Priestley, true to his quest to reveal the “secret powers which the Deity has impressed upon matter”, did not miss the chance to study the electrical properties of charcoal.

We now move from Warrington to Leeds where Priestley embarked on the work on gases for which he is best known.