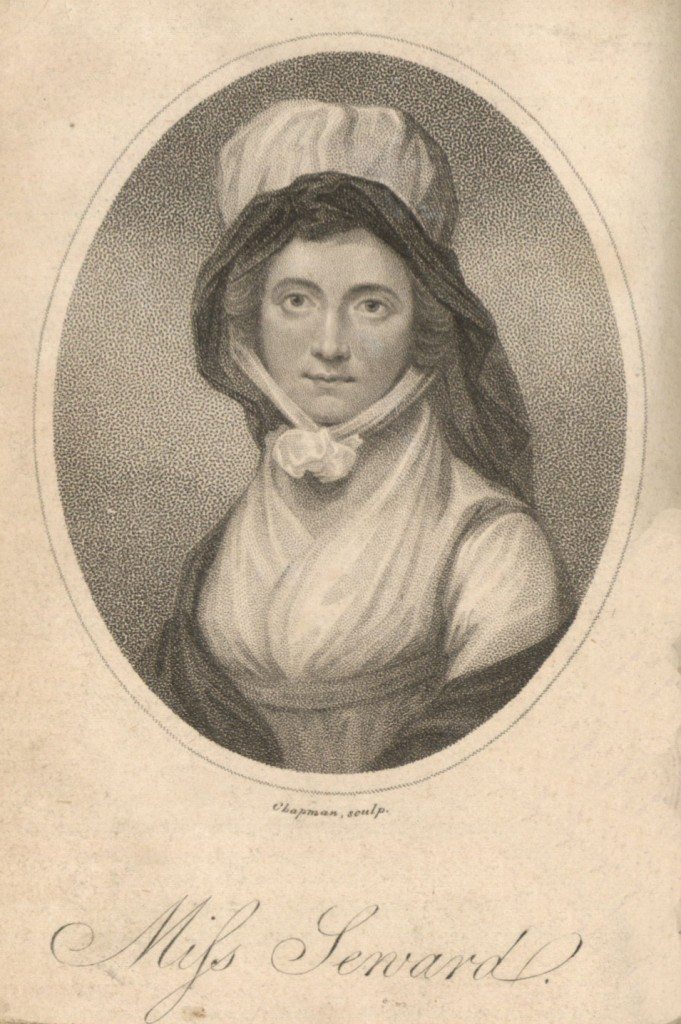 The third large group of Greene’s materials consisted of “curiosities”. Most of them were very modern and clearly reflected the new inventions, scientific and geographical discoveries of the Age of Enlightenment with its passionate interest in the Universe and Nature; the achievements of industry, science and the arts, political and international events.

In the 1780s, a “large assortment of curious productions brought from the Southern Hemisphere” were to be seen not only in Ashton Lever’s museum in London, but also in Lichfield. Some of them were given to Greene by Ashton Lever, others were presented “by the Right Honourable the Earls of Uxbridge and Donegall.”

A “Feathered necklace called Erei worn by the females of Sandwich Island” and some other objects were presented by Anna Seward. Her Elegy on Captain Cook published in 1780 brought her wide public recognition and the nickname “The Swan of Lichfield”. David Samwell (1754-1792), a poet and naval surgeon, who accompanied Captain Cook on his last journey and left a detailed description of Captain Cook’s death, presented to Anna Seward a number of curiosities. Later she gave many of them to Greene’s museum. She was deeply hurt when the Society for Arts and Sciences awarded Greene a commemorative medal in honour of Cook, at the same time forgetting her. In 1790 she wrote to Samwell:

“So little value did the Society which struck a medal in honour of Captain Cooke, set upon my poem on his death, that, while they avowedly presented one to every person, who had taken public interest in his fate and his virtues; while they gave Mr Green of this town a medal, merely for having displayed, in his museum, some relics of those illustrious voyages, they took no notice on me.”

A year later she again wrote to Samwell:

“It is curious that your bounty to me enabled Mr Green to display in his museum those Otaheitean curiosities, whose exhibition obtained him a medal. I presented him with a part of your present, and was doubly glad that I had done so, when I found his displaying them rewarded by a distinction which cheered and delighted his honest benevolent heart.”

The American continent was represented in the Greene’s museum by significant collection of natural specimens – snakes and birds, and also by ‘curiosities’ of native
Americans: “tomahawke, wampum, maucassons (Indian shoes)” or “models of several Cherokee Indians, in their proper habits”. The Rev. Thomas Seward donated an “American pipe – the bole of brown baked Earth, the Tube a slender piece of wood, covered with the Bark of a tree, 5 feet 2 inches long, the mouth piece Agate and Amber”.