Home·Browse·A Window on the World: Richard Greene’s Museum of Curiosities in Lichfield 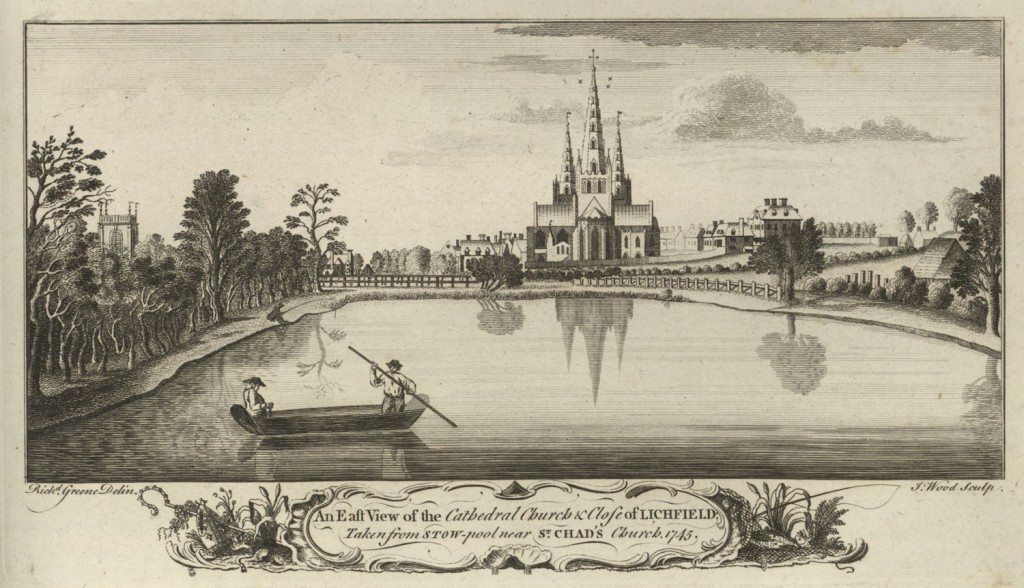 Image: “An East View of the Cathedral Church of St Chad’s & Close of Lichfield; Taken from Stow-pool near St Chad’s Church. 1745. Stebbing Shaw, History and Antiquities of Staffordshire, Vol.1 (London, 1798).

Richard Greene created his Museum of Curiosities in late 18th century Lichfield. By contemporary museum standards of collection and display, Greene was an eccentric antiquarian, but he provided a window on the world for those who were enthusiastically investigating, accumulating and classifying knowledge. The museum contained historical artefacts, works of art and industry, geological and biological specimens and items representing cultures from around the world. The museum was well-placed. It was located in Lichfield, the “cultural capital of the Midlands” and benefited from gifts provided by the intellectuals who lived in or near the cathedral city. They included Matthew Boulton, Brooke Boothby, Erasmus Darwin, Samuel Johnson and Anna Seward. The museum enabled individuals to study its contents and draw conclusions and theories from their observations. Erasmus Darwin in particular must have learned a great deal from the collections. Greene’s Museum of Curiosities was an integral part of the West Midlands Enlightenment.