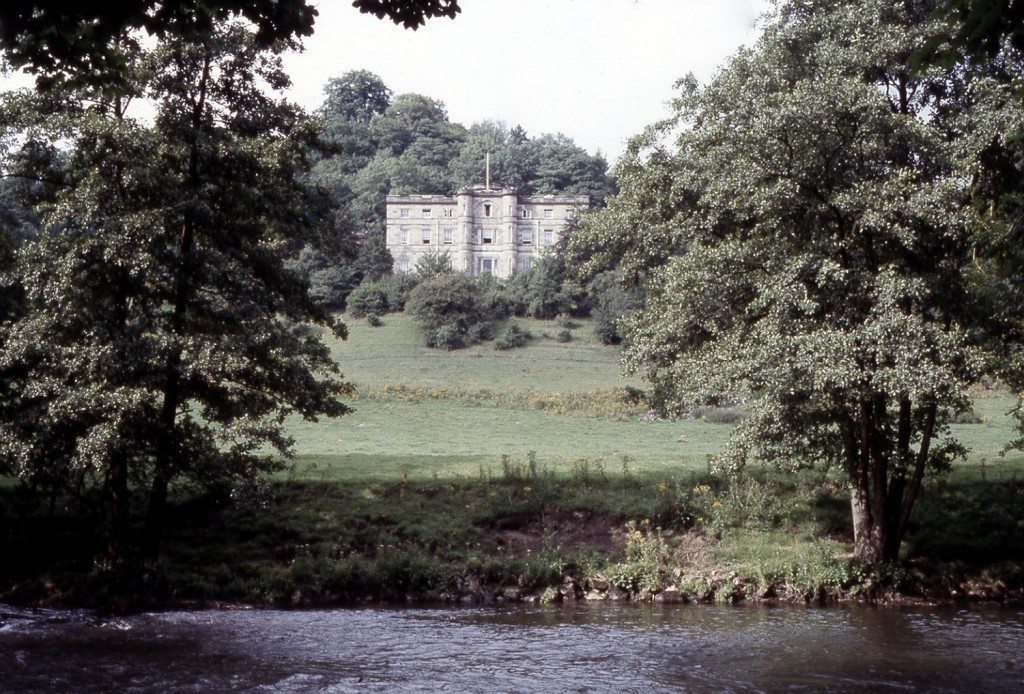 Richard Arkwright lived at Rock House, Mill Road in Cromford, a three-storey brick building constructed in 1776. He began to build Willersley Castle, a much larger mansion in the late 1780s, but he died in 1792 before it was completed. It was designed by the architect William Thomas and was constructed of sandstone. The castle was built across the River Derwent from Cromford, but enabled the Arkwright’s to see the source of their wealth from their windows. Visiting Cromford in June 1789, Viscount Torrington described the Castle as “the house of an overseer surveying the works, not of a gentleman wishing for retirement”, who wants to “live in a great cotton mill!” A year later he returned. Torrington recognised Arkwright’s contribution to the wealth of Britain, but the Castle expressed the low cultural standards of the nouveau riche entrepreneur:

I took a short walk to look at the weather, and at Sir Rd A’s new house…. The inside is now finishing; and it is really, within, and without, an effort of inconvenient ill taste, built so high as to overlook every beauty, and to catch every wind; the approach is dangerous…the small circular staircase…is so dark and narrow, that people cannot pass each other; I ask’d a workman if there was a library? – Yes, answer’d he….Its dimensions are 15 feet square…and…it is too dark to read or write in without a candle!

Willersley Castle provided the family home for the Arkwright’s until after World War I. This grade II* listed building is currently owned by Christian Guild Holidays.