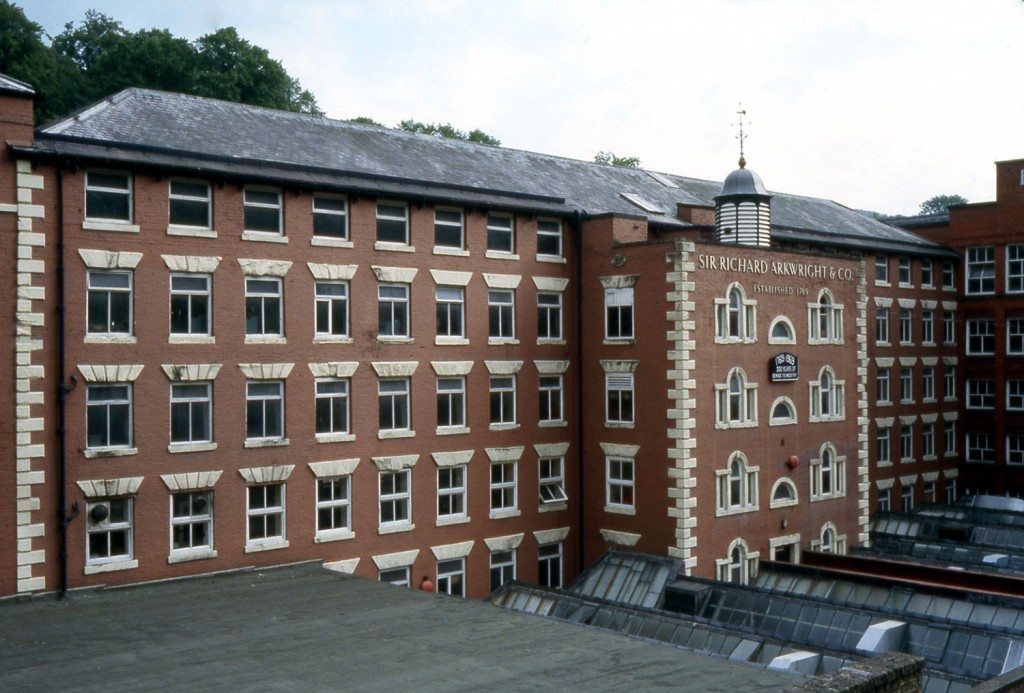 Masson Mill in 1783 was originally driven by one waterwheel, but in 1801 two water wheels replaced it. The River Derwent, provided a much greater source of energy than the streams in Cromford itself. The building was extended in 1835 and during the 20th century. In 1981 when the photograph was taken, part of Masson Mill was still a factory making sewing machine thread.