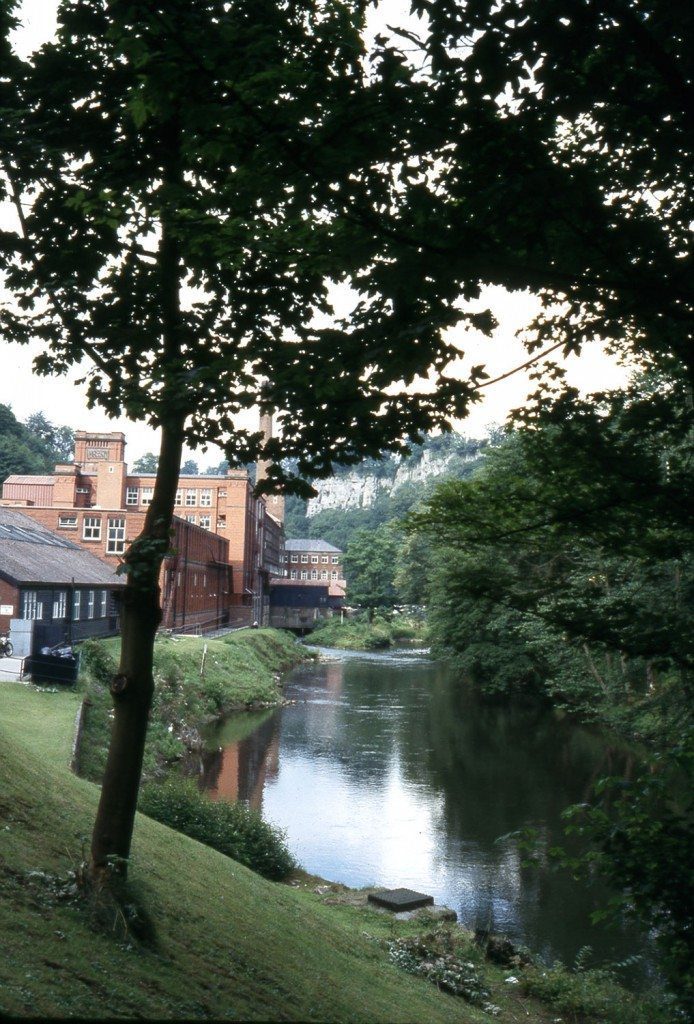 The picture shows the rural landscape in which many 18th century factories were located. The Derwent Valley provided the water supply on which spinning machinery depended, not just from the river itself, but from streams such as the Bonsall Brook.
Viscount Torrington visited Cromford in June 1790 and commented on the ways in which nature was despoiled by industry:

speaking as a tourist, these vales have lost all their beauties; the rural cot has given place to a lofty red mill, and the grand houses of overseers; the stream perverted from its course by sluices, and aqueducts, will no longer ripple and cascade.-Every rural sound is sunk in the clamours of cotton works; and the simple peasant…is changed into the impudent mechanic:-the woods find their way into the canals; and the rocks disfigured for limestone…the vales are every way block’d up by mills.