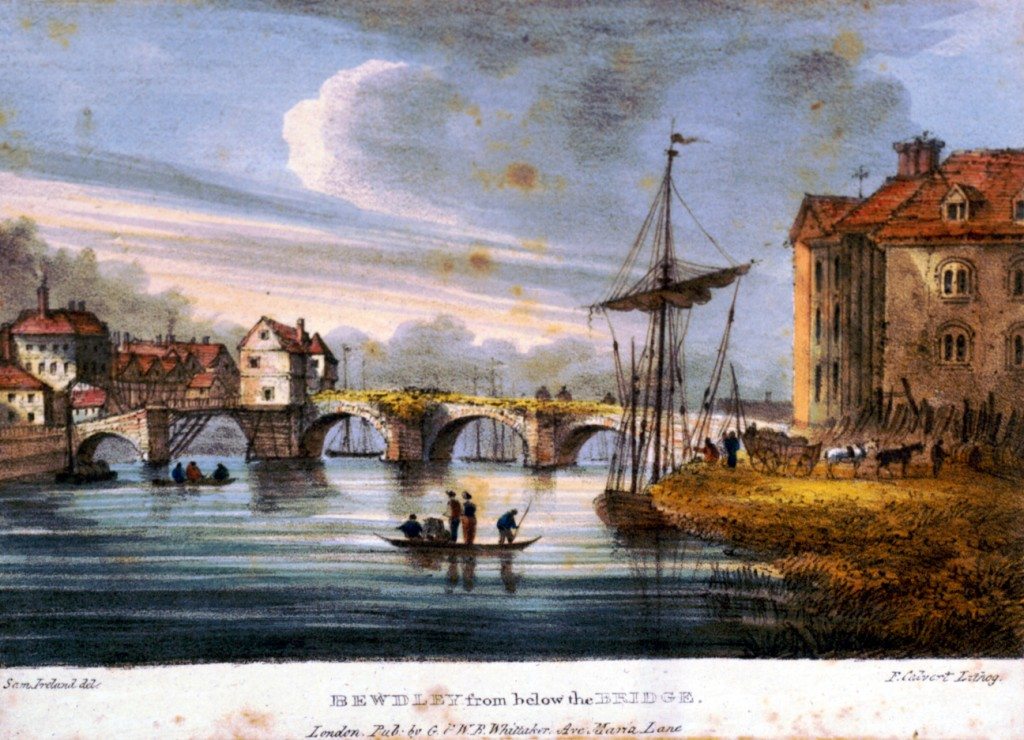 Image Bewdley from below the bridge. Thomas Harral, Picturesque Views of the Severn, 1824

Analysing the Severn Navigation involved many approaches to its history. It was a study in transport history, making it necessary to be aware also of the roads that delivered cargoes to the river and, as they were improved, took it away. Canals of various kinds influenced the river: tub boat canals delivering minerals to the river in the Ironbridge Gorge, the narrow canals that in the long term proved rivals for traffic, the Gloucester & Berkeley Canal that shaped patterns of trade on the Middle Severn. Early railways took coal to the river and mainline railways brought about the decline of the navigation.

The Severn is also a study in economic history, analysing what was carried and how barge owners operated their businesses. In addition it is a study in urban and landscape history, asking questions about all the settlements along the river, and a social history examining the people involved in working on the river, the language they used, their customs and their material culture. It is not possible to divide the history of the navigation neatly into clearly-defined chronological sections.

The coal trade from Shropshire was established in the reign of Elizabeth I, benefited by the construction of early railways and tub boat canals, remained substantial until the 1850s and declined to nothing by the 1890s. Bilston coal, carried on the Staffordshire & Worcestershire Canal, appears to have been competitive with Shropshire coal in the lower Severn Valley in the nineteenth century.

The trade in merchandise was established by the midseventeenth century, and in the eighteenth was dominated by the Bewdley trowmen. It declined completely by the 1840s. The Severn was an integral part of ironmaking in the West Midlands, with iron carried upstream and downstream to and from numerous furnaces and forges, from the seventeenth century until Charles Pugh, the last carrier of pig iron on the Upper Severn, gave up the trade in 1869. Lead ore was carried downstream from mines in Shropshire and North Wales, and there was a substantial upstream trade in non-ferrous metals. Fireclay was carried downstream and ball clay and china clay moved upstream.

There was, until after 1850, a regular pattern of trading in agricultural products centred on fairs featuring hops and cheese. By the 1870s only a small carriage of bricks remained on the Upper Severn, while the Middle Severn traffic was principally in imported grain and softwoods carried by narrow boat from Gloucester Docks to Birmingham and the Black Country.