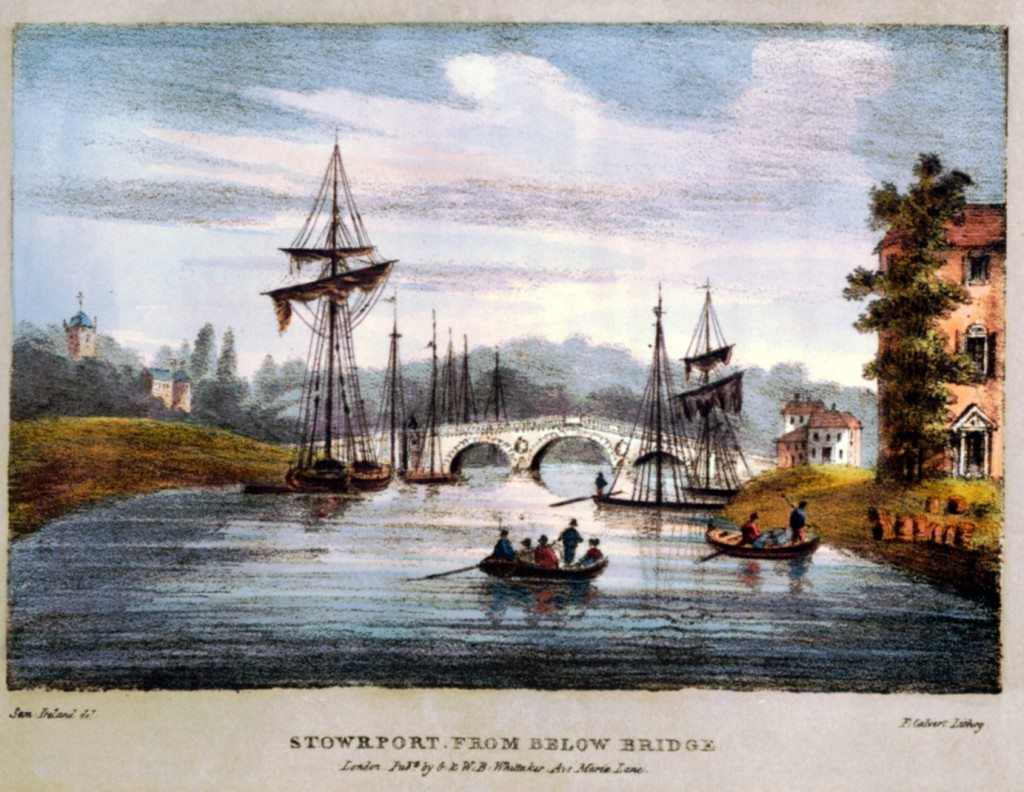 Image Stourport from below bridge. Thomas Harral, Picturesque Views of the Severn, 1824

Bringing together the many sources and learning the language used by boatmen made it possible to develop an understanding of the vessels used on the Severn and the ways in which they were deployed. Those who owned barges on the Severn were distinguished by the prefix ‘owner’, ‘a kind of hereditary title unknown to Burke and Debrett’ as a writer remarked in 1890. The principal owners worked ‘sets’ of vessels of various sizes. When a Bridgnorth owner retired in the 1790s arrangements were made to sell his ‘set of trows, barges and other vessels… as complete a set of vessels as any upon the Severn’. Probate inventories and press notices of sales of vessels showed there were many variations in their size and construction. Whenever trows were distinguished from barges they were larger and more valuable, and when employed with precision the term meant a vessel that when necessary could navigate the treacherous waters of the Estuary. ‘Barges’ did not usually venture below Gloucester.

Most of the principal owners also had ‘boats’, the small vessels that are portrayed in images of the river at Bewdley, Bridgnorth, Ironbridge and Shrewsbury. The accounts of James Foster & Co show that canal narrow boats regularly carried cargoes from the Stourbridge area upstream to the company’s forges at Hampton Loade and Eardington. In addition, papers relating to proposed improvements of the Middle Severn in the 1830s suggest that narrow boats took grain and timber from Gloucester docks to Birmingham and the Black Country, via Diglis or Stourport, before the Severn Commissioners began to build locks in 1845.