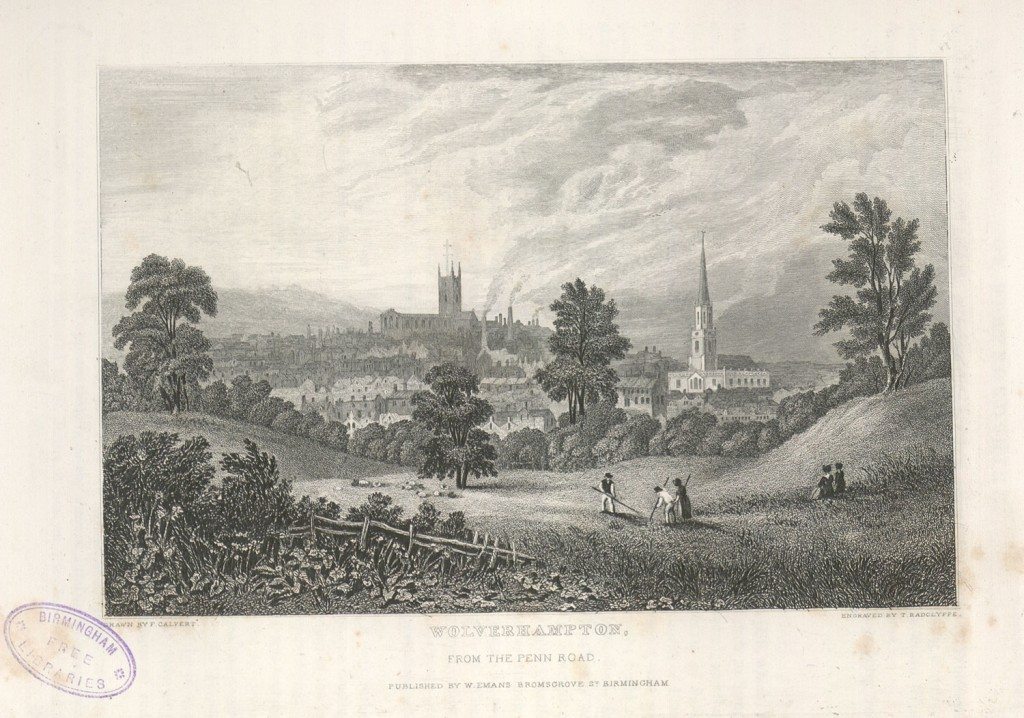 This very long verse-autobiography was written by James Woodhouse about 1795.   The lines above, from a section headed ‘Birmingham and Wolverhampton’, present the towns and many products in a positive light.  Next, the region’s earthbound resources are listed, again with positive commentary.   But then description and landscape become dark and fiery because of human activity.   In the following verse-paragraph the imagery and collocation are interesting.   There is a partial merging of the human animal and the mechanical:  ‘… clanking engines vomit …/And belch…’; ‘Furnaces’ iron lungs loud-breathing, blow’.   And there is fear of death.   Unlike both A Letter from a Mechanick and Colebrook Dale, this poem by Woodhouse goes on to offer the described scene as a focus for Christian interpretation.

James Woodhouse (1735-1820) is himself of interest as an example of one whose life changed much because of his interest in poetry.   Initially a journeyman shoemaker, he became a protégé of William Shenstone.   Woodhouse’s 1764 volume, Poems, was a success.   He later became a bookseller in London.