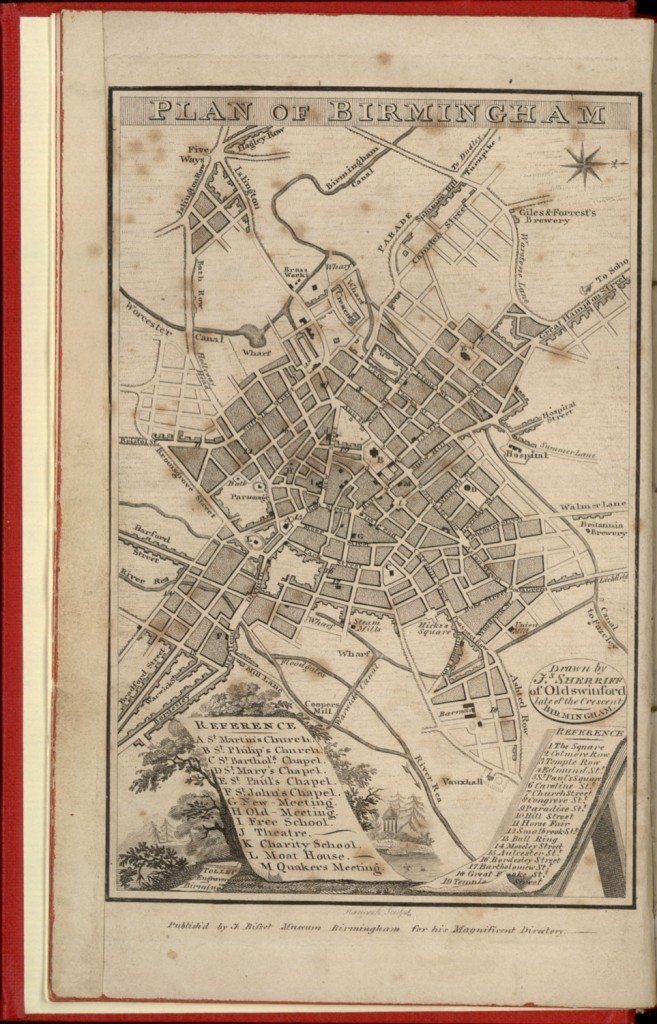 Image: Plan of Birmingham, drawn by J. Sherrif of Oldswinford, late of the Crescent Birmingham. J Bisset, Bisset’s Magnificent Guide or Grand Copper Plate Directory for the Town of Birmingham… (Birmingham, Printed for the Author by R Jabet, 1808). The engraving provides several indications of the town’s industrial and commercial significance and importantly, in the context of this poem, no town or guildhall.

A Bird is a creature I always admire,
In the regions of air, or a castle of wire;
A garden, methinks, had as well have nought in’t,
If some of its beds are not stored with mint,
I’m often delighted when Roger cries G,
And in liking a ham with the fashion agree.
By these, my friend Dardan I guess what you mean,
It is Birmingham, Birmingham! fair to be seen!
A town that in trading excels half the nation,
Because, Jove be thank’d, there is —— no Corporation!3

This anonymous verse, which appeared in the Gentleman’s Magazine for March, 1753, in answer to a rebus printed the previous month, is included here as a second, and gleeful, public expression of the benefit to Birmingham of the lack of a corporation.