Home·Browse·Edge-Hill: a Poem, in four Books 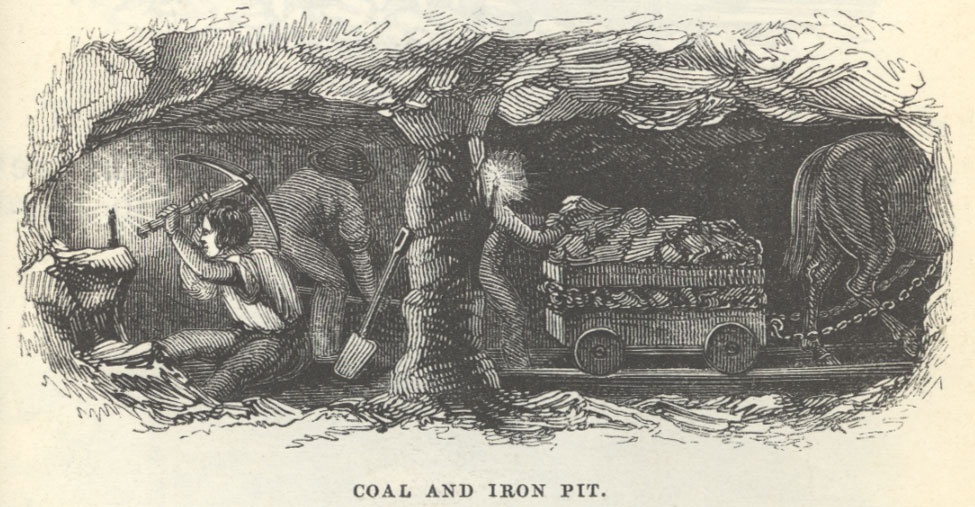 …… the dusky heath /… no … / …waving woods adorn
Its dreary surface, yet it bears, within,
A richer treasury. ……
Here many a merchant turns adventurer, ……
Hence are the hungry fed, the naked cloath’d,
The wintry damps dispell’d, and social mirth
Exults, and glows before the blazing hearth. (pages 94-95)7

Written by Richard Jago, author also of Labour and Genius this long and wide-ranging poem, first published in 1767, takes an extensive view of areas visible (or visible in imagination) from Edge-Hill, site of a Civil War battle. There are several pages on aspects of Birmingham and the surrounding region. While much of it is descriptive, it is also philosophical, and includes some social comment.

In the above lines, beneath ‘the dusky heath’, which is near to Birmingham, the treasure is coal. The mine-owner employs men in mining. Indirectly the coal provides food and clothing for the poor; directly, it warms and cheers the domestic hearth. But then follows a description of the dangerous and sometimes fatal conditions the miners must endure. This description is more grim than that in A Letter from a Mechanick and the perspective is very different from that expressed in Anna Seward’s Colebrook Dale.

For light relief the scene then changes to the green parishes of Edgbaston and Aston, where the urban workers from adjoining Birmingham (‘Queen of the sounding anvil’) are permitted to wander for rural relaxation. They should, however, be warned ‘Not to molest these peaceful solitudes’.

The next change is to the ‘noise, and hurry all’ of Birmingham, where the ‘Cyclopean chief’ and his ‘lusty fellows’ pursue the work of transforming iron, with the aid of coal, into a multitude of objects. And so the poem continues …