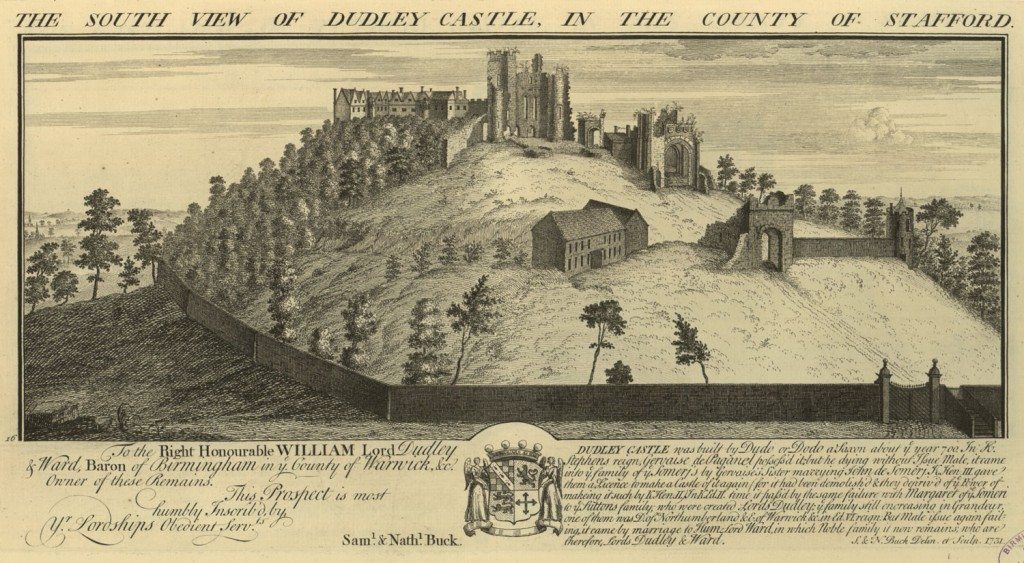 Text: Taken from the original source

Owner of these remains.

This Prospect is humbly Inscribed by;

DUDLEY CASTLE was built by Dudo or Dodo a Saxon about ye year 700. In K. Stephens reign, Gervaise de Pagenel possess’d it, but he dying without Issue Male, it came into ye family of ye Somery’s by Gervaise’s Sister marrying John de Someri. K. Hen. III. gave them a licence to make a Castle of it again (for it had been demolish’d and they depriv’d of ye power of making it such by K. Hen. II). In K. Ed. II. time it passed by the same failure with Margaret of ye Somerito ye Suttons family; who were created Lords Dudley: ye family still increasing in Grandeur, one of them was D. of Northumberland & E. of Warwick &c. in Ed. VI. reign: but Male issue again failing, it came by marriage to Hum: Lord Ward, in which Noble family it now remains: who are therefore, Lords Dudley & Ward.