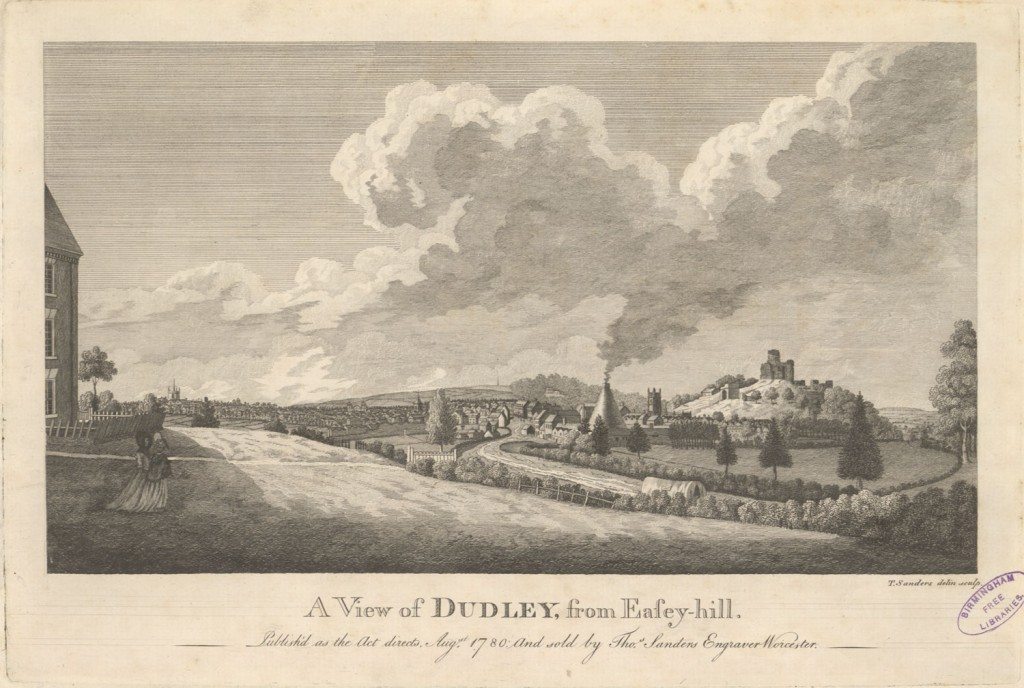 A View of Dudley from Easey Hill c. 1777 (Thomas Sanders)

IS situated at the northern extremity of the country; but the Castle belonging to it is in Staffordshire, being built on the summit of a hill, from whence there is a prospect over several of the neighbouring counties. The town was anciently a borough, and sent members to parliament: Bennet Andrew and Ralph Clerk were returned the 23d of Edward the first.

There are three charity schools; one founded about the year 1634, for fifty boys, by Richard Foley, of Stourbridge; another for the education of fifty girls; and the third is a free grammar school, endowed with a revenue of fifty pounds a year, by Attwood and Bismore, merchants, of London.

In the town are two churches; one dedicated to St. Edmunds, and the other to St. Thomas: They are both united in one vicarage.

The town is very and populous, and supposed to contain 2000 families. DUDLEY pays to the land tax, at four shillings in the pound, 206l. 19s. It paid to the poor in 1776, 891l. 9s. 9d. The people are chiefly employed in making nails and other articles in iron; likewise there are great quantities of lime stones found here.

The Castle was formerly a capacious building, with trenches cut round it out of the solid rock; a considerable part of walls still remains: It was erected about the year 700, by Dudo, a Saxon.

There are three fairs in the year, May 8th, August 5th, and October 2d, for cattle, horses, wool, and cheese; the weekly market is on Saturday: It is 120 miles distant for London, 10 miles from Birmingham and 26 from Worcester.