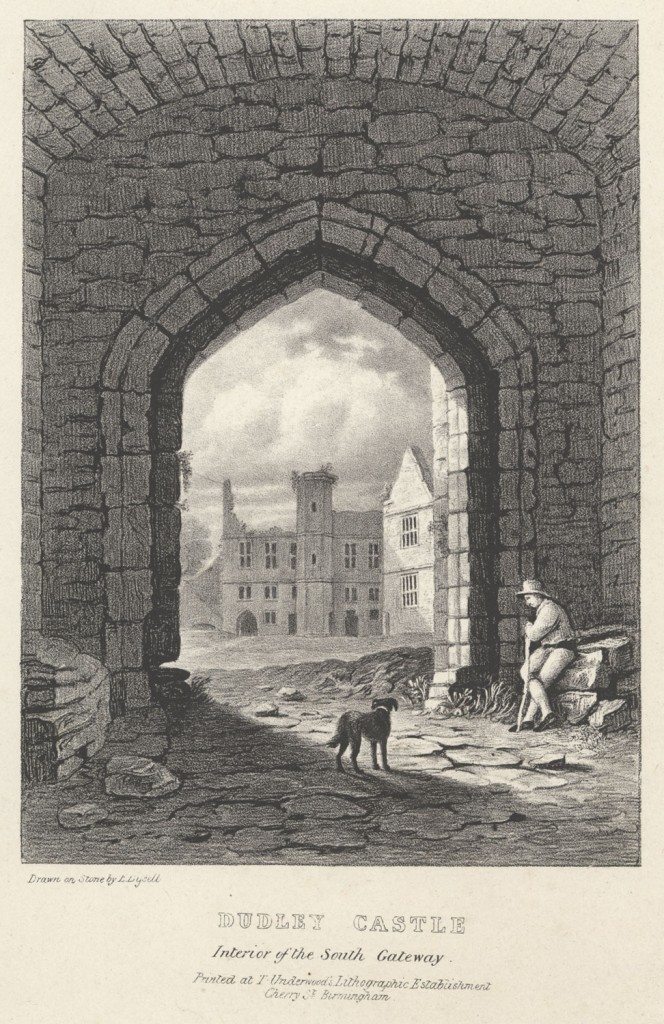 “This picturesque view of a medieval gateway and Renaissance ruins is the first image in Six Views of Dudley Castle, Drawn from Nature, and on Stone by E Bissell. A pencil note on the title page suggests that the prints were published in 1876, but the design and costumes of figures in the different landscape indicate an earlier date. They are lithographs, which were prints created from images drawn on stone. Lithography was invented by Alois Senefelder in Munich within the German kingdom of Bavaria in 1798 and spread to Britain in the early 19th century. Dudley Castle became a tourist attraction at this time and Bissell’s prints would have served this market.

« Previous in this sectionNext in this section »
People: Browse
Place: Dudley
Image courtesy of: Image from: Local Studies and History, Birmingham Central Library