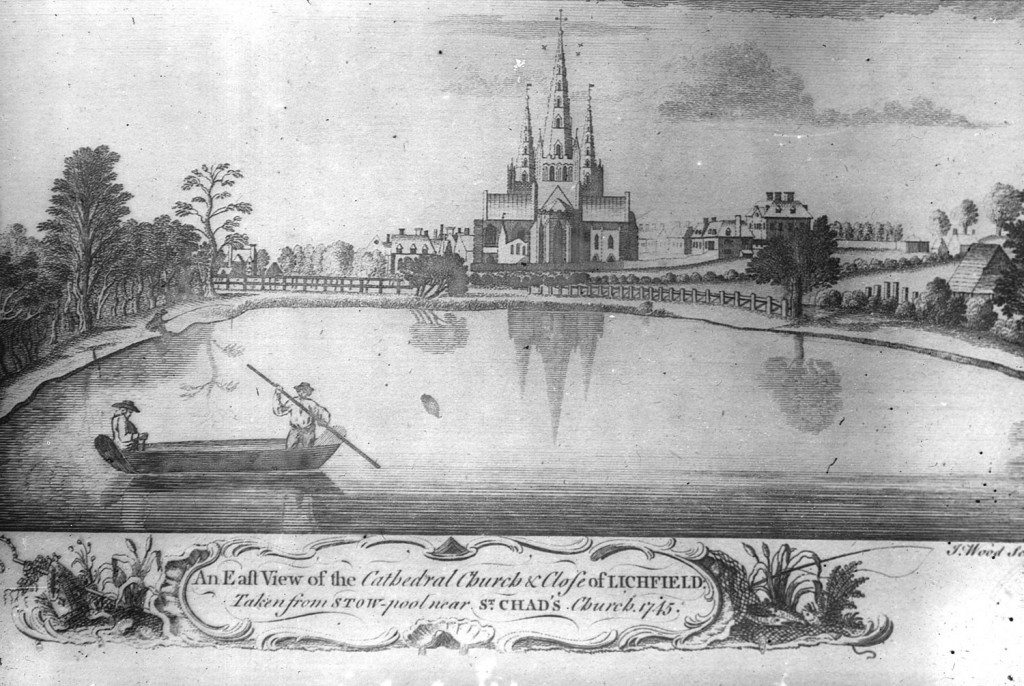 Lichfield and her Final Years

Image: An East View of the Cathedral Church and Close of Lichfield, taken from Stowe Pool, near St. Chad’s Church, 1745 (engraving). Anna Seward’s home, The Bishop’s Palace is the large building to the right of the Cathedral.

6. Lichfield and her Final Years

Life in Lichfield in the 1790s continued apace and, always keen to be involved in her beloved city’s ‘improvements’, Anna approached a family friend, Thomas Levett, the Town Clerk with an idea to stop the Stowe and Minster Pools from ‘silting up’. She proposed that the shape of the pools should be changed by digging out and deepening certain parts, that trees, shrubs and flowers should be planted around. The works were eventually carried out with great success. She also wrote a strong letter to the Church Authorities about the Lime Tree Walk fronting the houses on the north side of the Close, whose shade she loved, when they proposed to remove every other tree to let in more light to the houses. She likened such an outrageous idea to removing every other tooth from a mouth!

By the start of the new century, her soulmate, John Saville was ailing. Anna had provided for his family for many years and he had always spent his nights with them in the family home. Now, with children grown, the house was too small for the sick man so she bought one of the other houses in the Close, number eight, so that he could have more space to be cared for by his daughter. The death of this man, her beloved ‘Giovanni’ in 1803 was a very severe blow and for many months Anna was ‘a lost soul’.

Elderly, lame, stout and sickening fast, Anna took as her companion and housekeeper, a Miss Fern, a plain, homely woman whom she had known for some years. From the Bishop’s Palace, she still projected herself as the most prominent and formidable writer of the time, but by now, her verse was being criticised for its affectation, long-windedness and obscurity. Wordsworth, however, said he preferred her works ‘with all their faults’ to those of others.

Her last notable publication was her Memoirs of the Life of Dr. Darwin, (1804), compiled from notes she had kept over years. It portrayed the intellectual life of Lichfield, a city where she had taken centre stage for several decades.

Realising that her condition was worsening, she made careful plans for posthumous editions of her poems and letters, involving Walter Scott, who had once visited her, in these arrangements. He edited her Poetical Works (3 vols., Edinburgh, 1810) but would have nothing to do with her Letters ( 6 vols., Edinburg, 1811). Her will ran to 74 pages and she was careful to remember everyone who had meant something to her.

Anna Seward died at 6.00 p.m. on Thursday 23rd. March. 1809 and was buried in the Choir in Lichfield Cathedral, alongside her family.

The Key Works of Anna Seward:

The Poetical Works of Anna Seward with extracts from her literary correspondence.Walter Scott. (Edinburgh & London. 1810.)

Ladies of Llangollen, a Study in Romantic Friendship (Penguin. 1973)