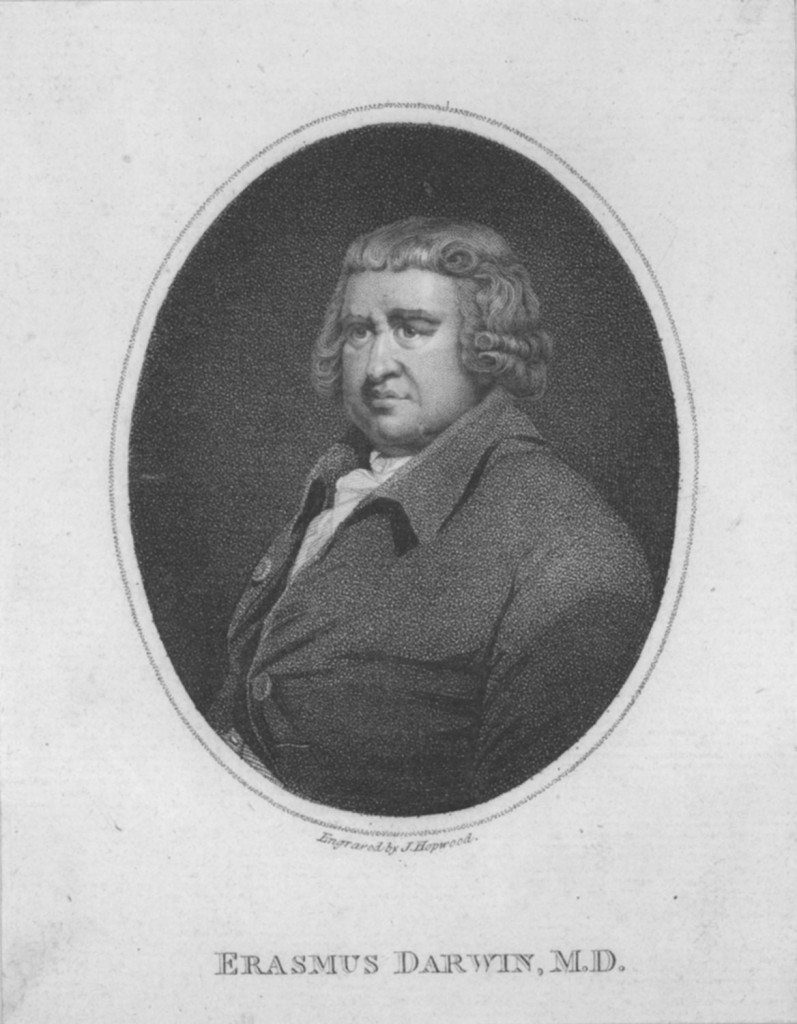 1756 saw the arrival of Erasmus Darwin in Lichfield, where he came to set up a medical practice in Beacon Street, becoming the Seward family physician. A bachelor, of average height, thick-set, inclined to corpulence, with a bad stammer, Anna did not at first care for him, but he saw her poetic potential and greatly encouraged it, much to the anger of her father, who did not wish to be eclipsed by his daughter. Darwin could be sarcastic, even arrogant, but with Anna, he was always ‘playful’. At 14, she fancied herself in love with him, hoped for marriage and was devastated when he married her 17 year-old friend, Mary Howard, in 1747.

Anna was not without admirers. She had clandestine affairs with Cornet Vyse and Hugh Taylor, both serving military men, but they came to nothing. Her father found out, forbade her to leave the house and reminded her that she had no dowry. In John Saville, her music teacher, concert singer and Vicar Choral at the Cathedral, though, she found her ‘soulmate’, her ‘heart’s darling’ and they lived a rather ‘open’ and devoted life together at the Bishop’s Palace, while his wife (‘a vulgar, abusive shrew’), and children lived a short distance away in The Close.

Darwin‘s fame as a doctor and scientific genius brought him into contact with some of the great industrialists and thinkers of the day: Matthew Boulton, Josiah Wedgwood, James Watt, James Keir, Joseph Priestley and Dr. William Small, men who not only became good friends but were to become the members of the Lunar Society of Birmingham, now seen as the main intellectual powerhouse of the Industrial Revolution in England.

These men met in each other’s homes to discuss their ideas and inventions and were very often entertained at the Bishop’s Palace by Anna and her family. Boulton and Small were musical and loved singing and dancing, so one may imagine rooms filled with sound and gaiety accompanied by harpsichord and fiddle; with sharp incisive discussions round a dinner table to the clink of wine glasses or tea cups and Anna always there, listening, admiring, questioning and learning.