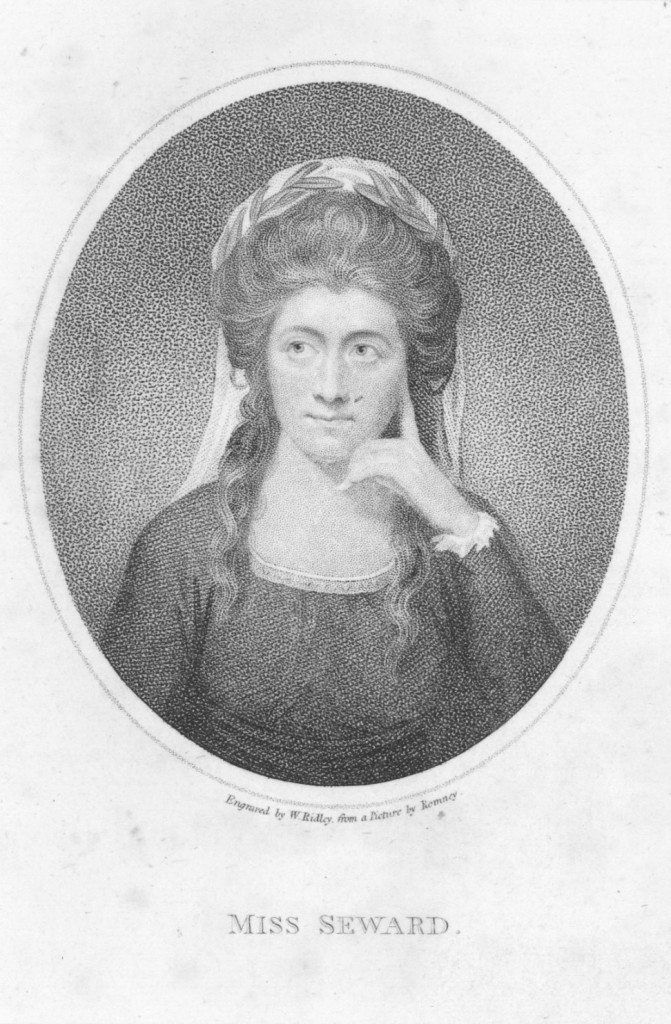 Anna Seward was an accomplished and famous poet, a friend of many Lunar men and associate of other literary figures of the time. She was not a metropolitan figure, but spent most of her life in the city of Lichfield, but Anna Seward was not stuck in a provincial backwater. Lichfield was the cultural centre of the Midlands, a wealthy city and home to many pioneering intellects. Her descriptions of Lunar figures in her letters and memoirs are major sources of evidence and she deplored the destruction of “nature” by human action and industrial pollution. Marion Roberts’ presentation of her life and work shows how a talented and strong-willed woman could carve a place for herself in the cultural life of late 18th and early 19th century England.

Lichfield and her Final Years Sources and Further Reading