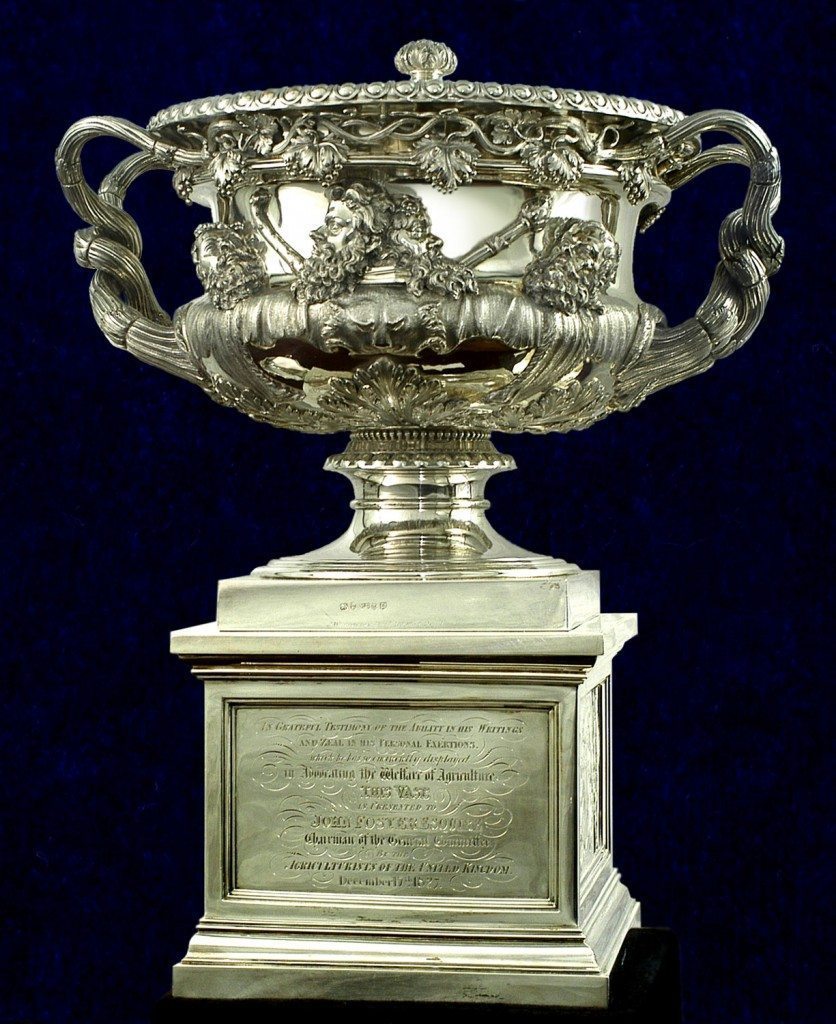 A very large Roman marble vase from the second century BC was found in the grounds of Hadrian’s villa in 1770.  It was purchased by Sir William Hamilton, the British consul in Naples, who was well-known for his famous collection of antiquities. Hamilton later gave the vase to his nephew, the Earl of Warwick. Today the original is in the Burrell Collection (Glasgow), and a copy is to be seen at Warwick Castle.

The Warwick Vase inspired many leading silver makers to produce copies, adapting the vase for wine coolers, tureens and centrepieces. It was also reproduced in other media in the 19th century, including stone and iron. The Warwick Vase produced by Matthew Robinson Boulton, the son of Matthew Boulton, was a presentation piece given to John Foster (1765-1831) of Brickhill, agriculturalist and landowner.