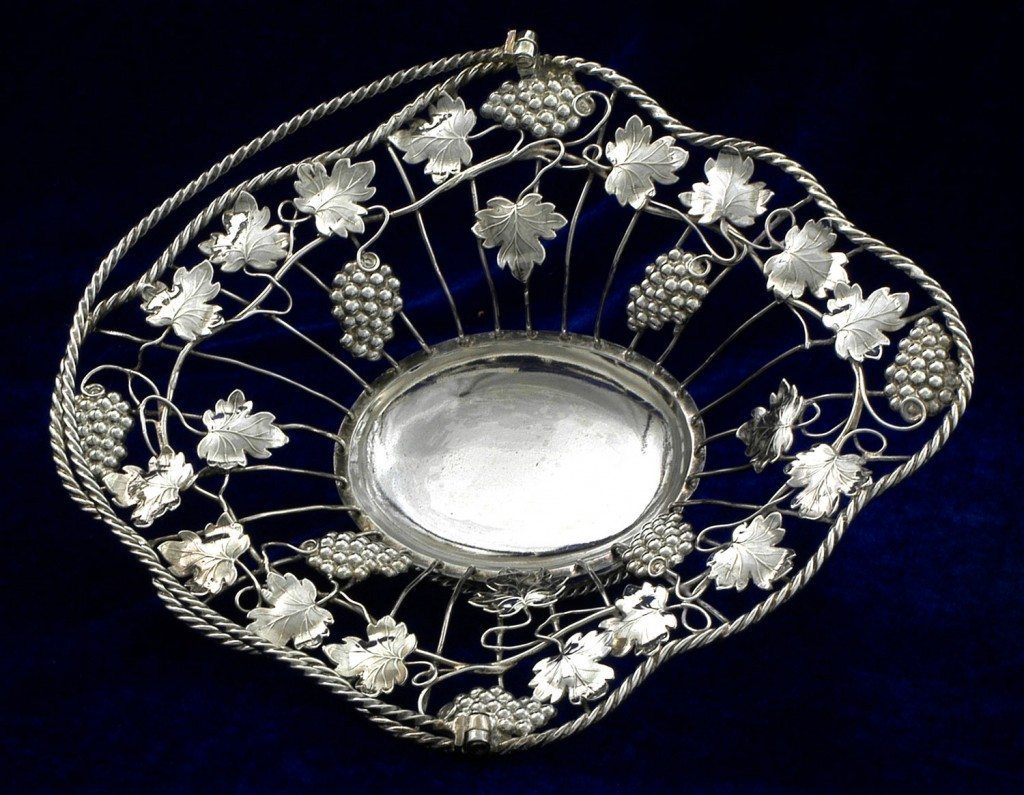 This basket was possibly designed by Robert Adam. The body is made from wire supporting stamped repeated ornaments of grapes and vine leaves.

Working in solid silver, Boulton had to compete with well-known London craftsmen. He turned for inspiration to the vases in the famous collection of Sir William Hamilton, and to Original Designs by the contemporary Italian designer Giovanni Battista Piranesi (1720-1778). Many fine artists were already employed at Soho, but Boulton also obtained designs from leading architects of the time, such as Sir William Chambers (1723-1796), Robert Adam (1728-1792), and James Wyatt (1746-1813). New techniques and classical moulds were adopted to make expensive ornaments for the nobility and cheaper versions for the middle class.

Boulton dominated silver making in Birmingham during the last thirty years of the 18th century. Soho produced a great variety of silver and silver-plated items, ranging from salt cellars to church plate. Silver production reached a peak around 1776-1777 but then slipped, both because it proved unprofitable and because Boulton re-directed his attention to his steam engine business. However, silver and Sheffield plate still remained a staple of the Soho trade.

The Assay Office and hallmarking helped Matthew Boulton to achieve his ambition to become a great silversmith and to earn Birmingham a reputation for style, taste, fashion and quality. This reputation was confirmed by the following generation of fine local craftsmen and their elegant items. Some of them can now be seen and admired in the silver collection of Birmingham Assay Office.