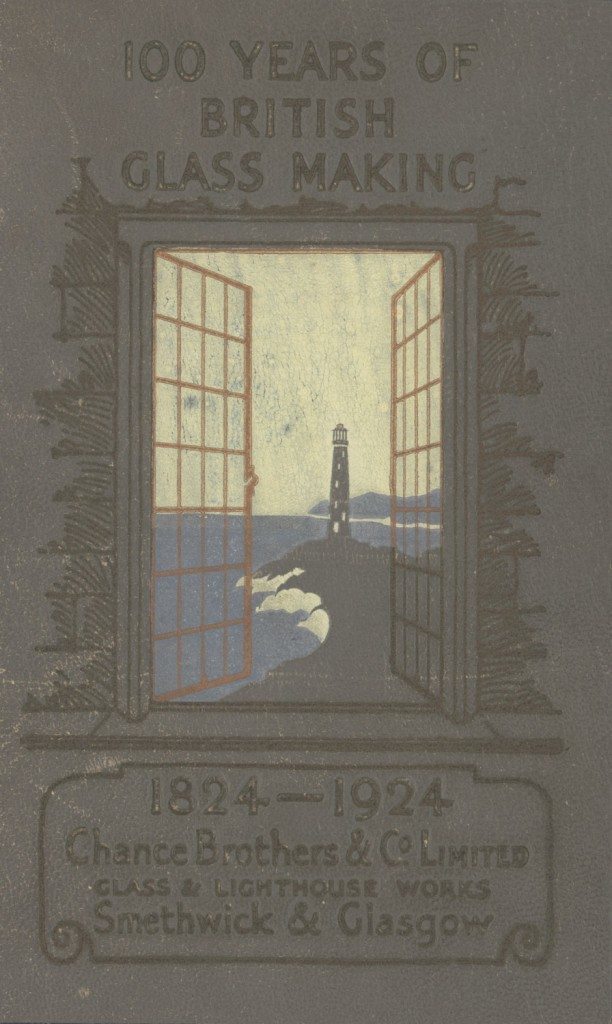 Image: Front cover of Chance Brothers & Co., Limited, 100 Years of British Glass Making 1824-1924 (Smethwick and Glasgow, Chance Brothers & Co., 1924). A window opens onto a view with a lighthouse. The picture illustrates two of the many products manufactured by the family business during its first one hundred years.

The Chances were a West Midlands industrial dynasty. They began as Worcestershire farmers and craftsmen, entered commerce and created a huge glassmaking business in Smethwick in the 19th century. They produced sheet glass for the Houses of Parliament and Crystal Palace and high quality optical glass that was used in lighthouses. The men of the family were skilled and successful merchants, financial partners and manufacturers. They earned a reputation for being hard-nosed businessmen but they also held public office and provided schools and other welfare services for their workforce.

The Committee of General Literature and Education, The Useful Arts and Manufactures of Great Britain, Volume 1 (London, The Society for Promoting Christian Knowledge, c.1840)