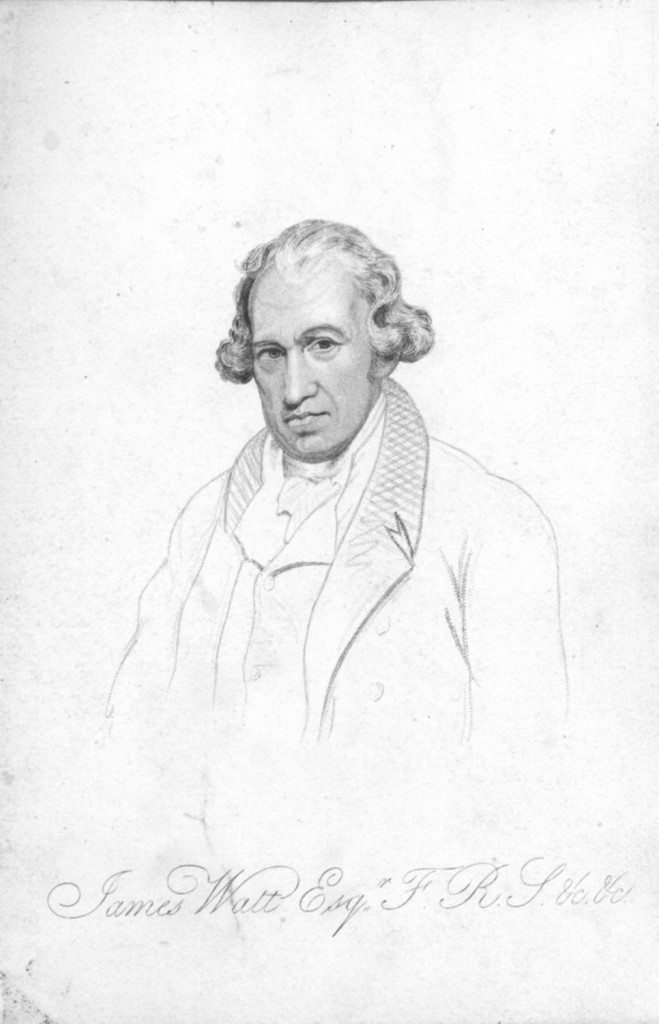 Image: James Watt, one of the Priestley’s colleagues in the Lunar Society. Priestley tried to persuade Watt to join the Warwickshire Constitutional Society in 1791. Image from Local Studies and History, Birmingham Central Library

After the 1791 riots, Priestley was quick to proclaim his innocence. He wrote: “the only sufferers were that very description of men against whom the popular resentment had been excited several years before, viz. the Unitarian Dissenters in general, and myself in particular, whether we were at the dinner, or concerned in promoting it, or not… Of the principal sufferers…only three were at the dinner, and their houses were the last that were destroyed.” 7
Immediately before leaving for America in 1794 Priestley referred to: “the great odium that I have incurred; the charge of sedition, or of my being an enemy of the constitution or peace of my country” 8

As Martin Smith quite rightly points out, although Priestley could indeed claim that he had only been defending himself against his detractors, it should be remembered that he had many axes to grind.9
Priestley denied all interest in what could be termed high politics, that is, party politics10, but was more interested in what he called freedom. He distinguished between two different kinds of liberty, civil and political, in his “Essays on the First Principles of Government”11
. In 1793, he wrote to the Morning Chronicle: “I am not, nor ever was, a member of any political society whatever, nor did I ever sign any paper originating with any of them.”
Taken at face value, this denial appears to be unequivocal, however, he apparently pressurised both Matthew Boulton and James Watt, fellow members of the Lunar Society, to join him as members of the Warwickshire Constitutional Society only two weeks before the riots of 179112
. Although, strictly speaking, this denial was true, as no agreement was actually signed, it would appear that he was being deliberately economical with the truth.
Political tensions in England were much greater after the French Revolution started in 1789. Many within the English Establishment saw the revolution as a dangerous precedent and were particularly uneasy, because of the comparisons that could be drawn with the execution of Charles I in the seventeenth century. Many Dissenters, including Priestley, applauded events in France, not necessarily because they hoped for the overthrow of the monarchy in England. Much of Priestley’s pamphlet war with Spencer Madan in 1790 was taken up with Priestley’s protestations, on behalf of Presbyterians in general, of their loyalty to the present system, while at the same time pressing for both political and religious reforms.13

It is curious that Priestley’s belief in civil liberty did not extend to his opinions on poor law relief, of which he was a stern opponent, nor to his belief in stern social discipline. He was a strong believer in capital punishment, solitary confinement and meagre diets as part of vigorous punishment for criminals14
. Again, these opinions naturally attracted the opposition and even hatred of the poorer classes, once they had been made aware of Priestley’s views. The pamphlets aimed against Priestley and attributed to one John Nott, although there is no proof that Nott actually existed, were quite clearly written to appeal to the artisan classes, who were unlikely to have ever read Priestley’s writings or heard any of his sermons: “If you ben’t melancholy mad, as I guess you to be, what makes you rave so much about gunpowder…Why you’d be frightened out of your senses”15