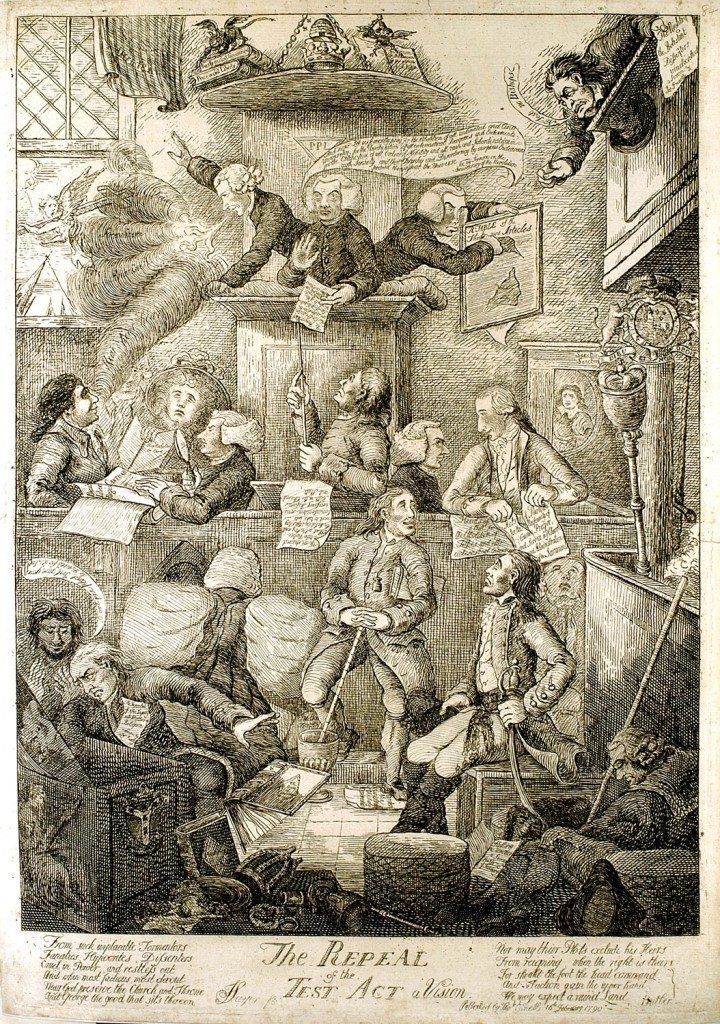 From such implacable Tormentors
Fanatics, Hypocrits, Dissenters
Cruel in Power, and restless out
And when most factious,most devout
May God preserve the Church and Throne
And George the good that sits thereon
Nor may their Plots exclude his Heirs
From Reigning, when the right is theirs
For should the foot the head command
And Faction gain the upper hand
We may expect a ruin’d land

It could be argued that Priestley was merely headstrong or naïve and foolhardy. There is no doubt that his opponents seized upon his words and manipulated them but Priestley was not so gullible as some might think. F.W.Gibbs claimed that Priestley was continually prodded by some of his friends to go beyond his self-imposed limits of reason and argument,  but it is highly unlikely that someone so independently-minded as Priestley would allow himself to be unduly influenced by others. Priestley was his own man, even if it lost him friends. Furthermore, it could be argued that Priestley was very well aware of the effect his words would have, especially on the masses. In 1790 his Familiar Letters Addressed to the Inhabitants of Birmingham, Letter III, On the Test and Corporation Acts, Priestley claims that the church would procure a law to banish Dissenters, rather than burn them as had happened in previous centuries.  The emphasis is Priestley’s. Was he in fact foreseeing the next year when his house would be burned and he would be banished from Birmingham, eventually even fleeing to America? It is hard to imagine that someone of his intelligence would not have had some idea of the animosity he would arouse with his ill chosen words. Later in the same letter he hinted that he might decide to flee the country if persecuted.  Again, was this suggestion prophetic? Throughout his Familiar Letters Priestley returns to the theme of gunpowder, unwilling to let the matter die a natural death: “Will the clergy seriously say that they are afraid of my arguments, and as much terrified at them, as they would be at real gunpowder?

Priestley was undoubtedly deeply offended by some of the attacks upon his character. Indeed, it should be remembered that this was not a one sided fight, as Martin Smith has been careful to point out,  but Priestley must shoulder his share of the blame for provocative writing. One of the worst examples of this was addressed to another of his opponents, Rev. Edward Burn: “I call upon you, sir, in the face of this town, and of your country, before whom you have published these accusations of me…To a charge of this serious nature, you must not sir be silent. I demand a distinct and explicit answer

Priestley had thrown down the gauntlet and effectively lit the gunpowder fuse. Did he get more than he expected in July 1791? Perhaps he got exactly what he expected. Was this why he showed so much calmness in the face of adversity?