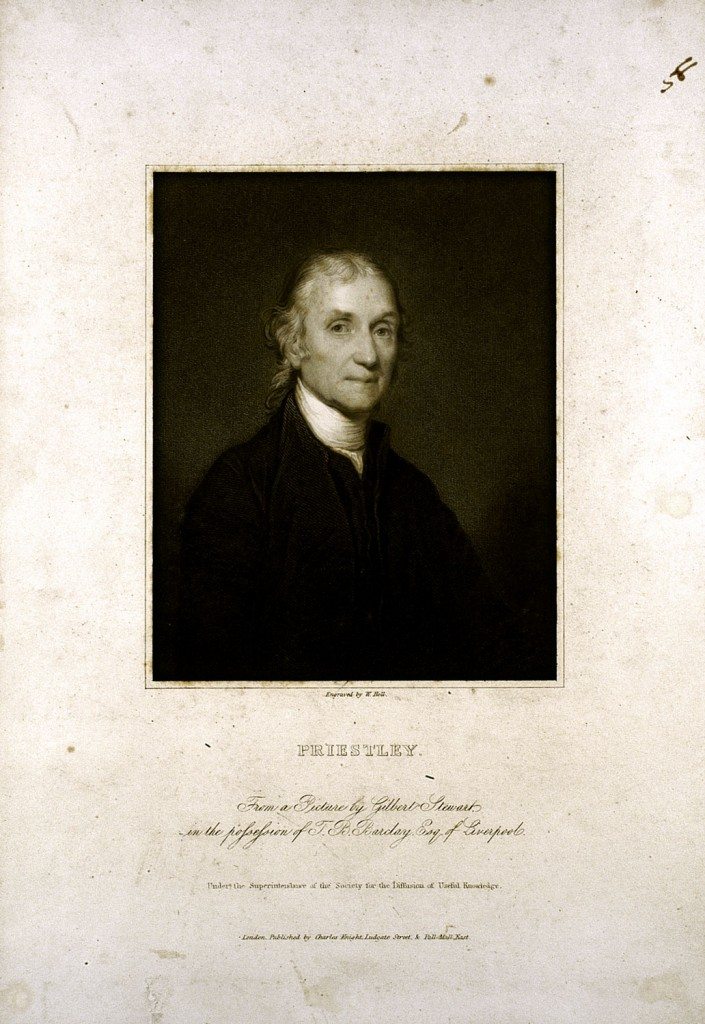 Joseph Priestley’s importance as a scientist, theologian, philosopher and political theorist has long been recognised. John Ruskin Clark called him a “comet in the system” 1 but a meteor might be a more apt description, a brilliant or dazzling shooting star, which was destined to be short-lived. In Priestley’s case this was bound to happen, given the opposition and even resentment that his natural brilliance attracted. Furthermore, Priestley was no stranger to controversy and indeed, it could even be argued that he courted and relished controversy, despite his protestations of innocence: “Besides, my controversial writings bear but a small proportion to the rest of my publications.” 2

Priestley was undoubtedly loved by many of his contemporaries as well as hated by his opponents. We have many surviving contemporary opinions of him but most of these were from fellow Unitarians or other dissenters. Mary Anne Schimmelpenninck, daughter of the Birmingham Quaker, Samuel Galton, and fellow Lunar Society member, described him as: “A man of admirable simplicity, gentleness and kindness of heart, united with great acuteness of intellect…and utterly far as I am removed from a belief in the sufficiency of Dr Priestley’s theological creed, I cannot but here record this evidence of the eternal power of any portion of the truth held in its vitality.” 3

Catherine Hutton, daughter of William Hutton who was a fellow sufferer in the 1791 Riots, was a devoted member of Priestley’s congregation. She described him as “fervent, though not intemperate”.4 Possibly her love and sympathy for him coloured her opinion. Even the greatest of Priestley’s admirers could hardly describe his religious and political views as not intemperate. A more balanced view of Priestley came from Catherine’s father, who, although having good reason to resent Priestley for being the cause of the riots in which he also suffered greatly, concluded: “However just might have been Dr Priestley’s sentiments, yet had he not had promulgated them on one side, and party violence opposed them on the other, perhaps the peace of my life had never been wrecked in the terrible tempest of ninety-one.”5 Even Catherine later agreed with her father that Priestley was not such an innocent victim of the riots.6