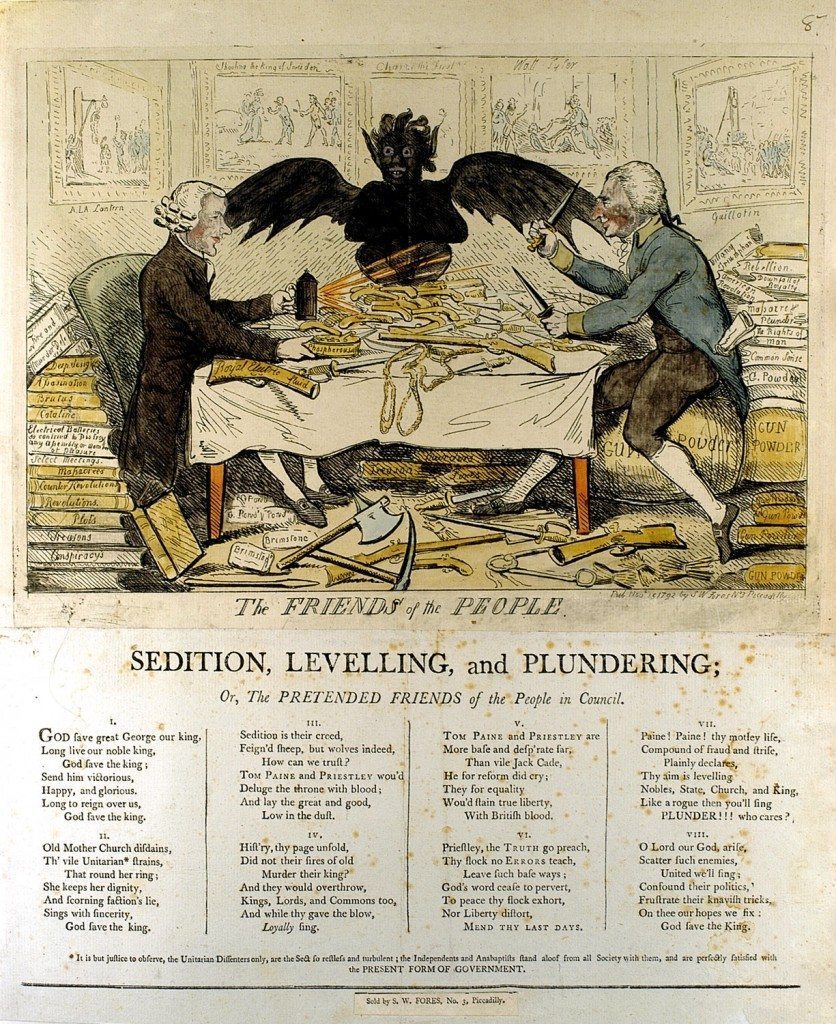 Image: Cartoon: The Friends of the People, showing Joseph Priestley on the left

This article was originally presented in a public day school, “Joseph Priestley and Birmingham” organised by the Centre for Lifelong Learning at the University of Birmingham on Saturday 28 February 2004. Gay Hill explores Priestley’s involvement in campaigns for religious and political reform in late eighteenth-century England.