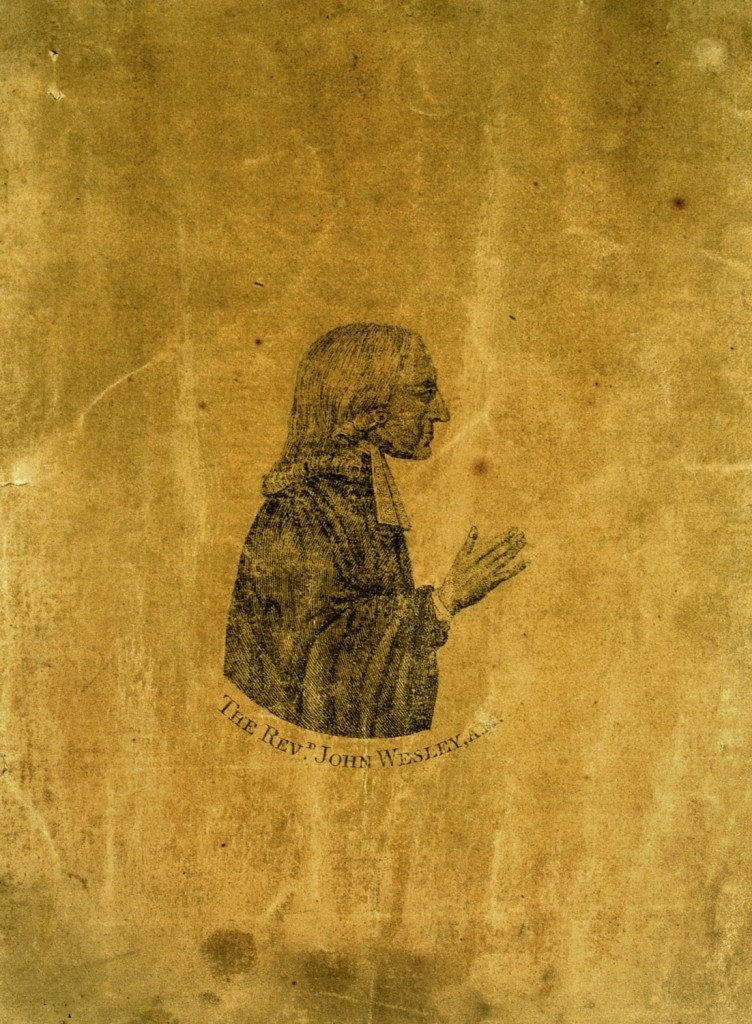 Image: Portrait of John Wesley struck off by electricity by Joseph Priestley

In stark contrast to his firm beliefs in strict social discipline, Priestley was a strong believer in complete freedom of worship. This was extended to its logical conclusion, including Roman Catholics and even non-Christians. He was one of the few non-conformist supporters of the Catholic Relief Act of 1791, which introduced formal toleration of Catholic worship and schools.16 While these views found favour with Roman Catholics, who probably mistrusted Priestley’s motives, they were anathema to many of his fellow Dissenters.
One fellow Dissenter who disliked and mistrusted Priestley was John Wesley. He declared Priestley “one of the most dangerous enemies of Christianity”17. Possibly Wesley saw Priestley as a threat to his particular brand of enthusiastic Christianity, Methodism, which appealed more to the lower classes. There was even a popular Methodist hymn lampooning Priestley: “Stretch out thy hands, thou Triune God:/ The Unitarian fiend expel/ And chase his doctrine back to hell.”18 Wesley need not have worried. The feelings were entirely mutual. Priestley disliked all forms of enthusiasm in religion, and was unlikely to want to appeal to the lower classes in this way. He retaliated in his anonymous tract, Appeal to the Professors of Christianity.19