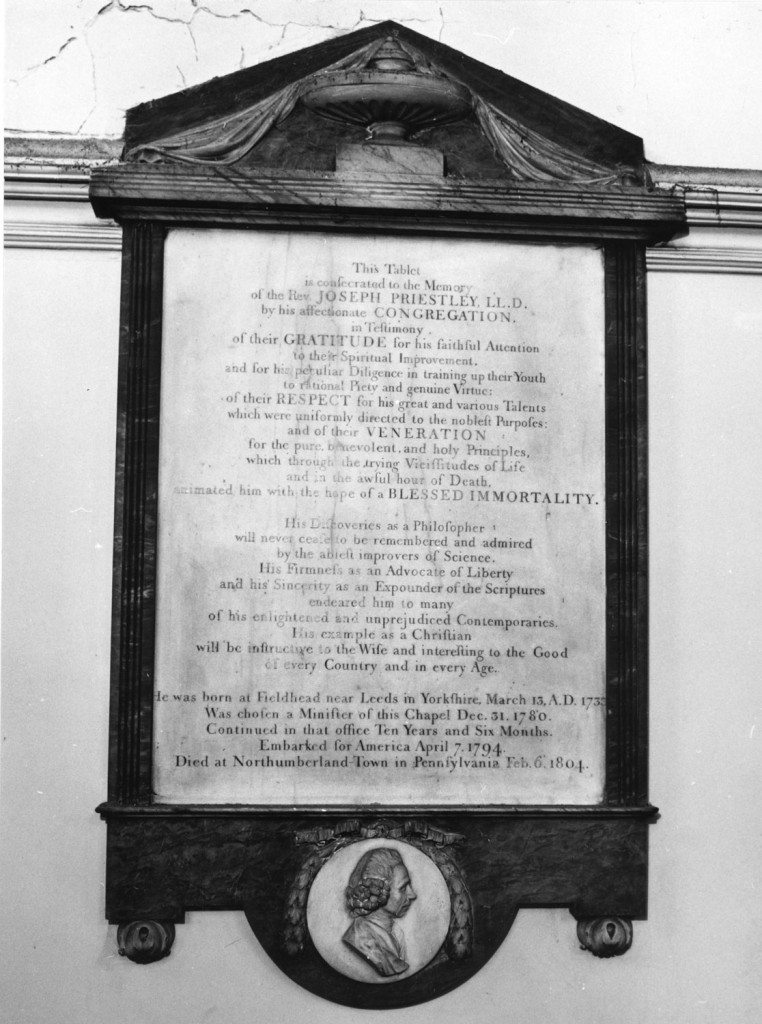 Image: Tablet dedicated to Joseph Priestley in the Church of the Messiah Broad Street, Birmingham. The dedication draws attention to Priestley’s advocacy of liberalism and education. The tablet is now in the Unitarian Church, Ladywood, Birmingham.

A further illustration of their Priestleyan inheritance was given in the way the Hills and their ex-pupils were engaged in a whole plethora of social and political reform including the 1832 Reform Act, the Anti-Corn Law League and anti-slavery agitation. The Hill brothers themselves were prominent in Post Office and prison reform. It was not surprising they were reformers. Their older relatives had been supporters of the French Revolution along with Priestley in the 1790s and some had suffered with him. Their education, after all, was in citizenship. They all knew each other and were intermarried. Many were Unitarians. 45

Such inter-connections helped these families to fight for educational and other reforms together, although it proved difficult to establish either dissenting rights in public education or a liberal, modern scheme of education for the commercial middle-classes. 46Greater success was achieved in adult education in Birmingham although this did take time. Difficulties of financing institutions dependent on middle-class private patronage and the fees of low paid workers were exacerbated in Birmingham as elsewhere, by the patronising attitudes and selfish economic dictates of supposedly liberal and radical educational benefactors who alienated the very people they most wanted to attend. Even otherwise humanitarian reformers such as Matthew Davenport Hill could be guilty of this, but he did support technical education, only as long as the working-class was not limited to industrial training or made into tractable tools for the creation of wealth. He was influential in the excellent and enduring Birmingham and Midland Institute, as were many other members of the liberal Birmingham families mentioned here. 47 In his presidential address of 1867, Matthew Hill upheld the principle “Knowledge is Power” for all, and praised the great men of Birmingham such as Priestley, Boulton and Watt. His brother Frederic Hill worked hard to promote state education, a cause for which Birmingham became famous. 48