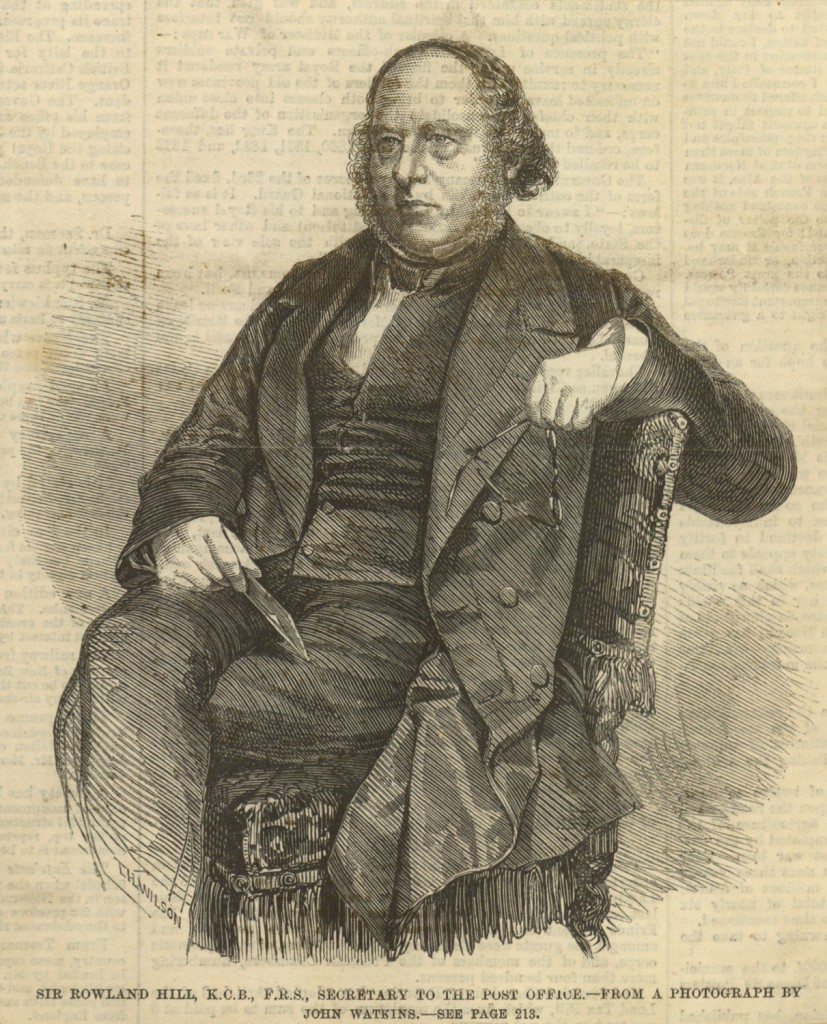 Image: Sir Rowland Hill, best-known as the inventor of the Penny Post was a son of Thomas Wright Hill and a major educational reformer.

Thomas Wright Hill was a true heir of Priestley, being converted to Unitarianism from strict Calvinism when young and becoming a member of Priestley’s congregation in Birmingham. Ardent, inventive, guileless and unconventional, his friends said of him that he had every sense except common sense. Both he and his future wife, Sarah Lea, showed courage in defence of Priestley following the 1791 Birmingham Riots. Thomas was fascinated by science to the point of eccentricity. It was his wife’s sagacity that kept the family afloat and it was her persuasion that led to Thomas taking over Thomas Clark’s school and opening Hill-Top, a secondary school for boys, in 1803 because she wanted her growing family to receive a better education than they could afford otherwise.30

The Hill children of five brothers and two sisters received constant, eager discussion and debate at home, through self-education and through the hard discipline of teaching. From the age of thirteen each of the sons became a pupil-teacher at Hill-Top. Edwin, Rowland and Arthur successively worked part-time in the Birmingham Assay Office as well, gaining first-hand experience of metal-working and engineering whilst engaging in developments in education. Many in the fierce educational debates of today might welcome this mixture of practical, vocational and intellectual education. The Hill youths, indeed, appeared to have turned from scientific experiment to practical engineering to intellectual discovery with an alacrity and intensity reminiscent of the old Lunar Society but almost frightening in ones so young. Determined on self and mutual improvement, it was Matthew and Rowland who rectified their lovable father’s want of method and it was Rowland who chiefly laid the principles of their new school of 1819, Hazelwood.31
Hazelwood was to become a brilliant showplace of almost revolutionary ideas in education for the time. The Hill family always acknowledged their debts to others, however, and of these the principal were Priestley and Maria Edgeworth. Harry Armytage termed the amazing school system of the Hill family as an “educational refraction of Priestley’s ideas”32. The “Great Maria” had become one of the most well-known novelists of the day especially for her tales for children in which she combined moral and practical education in fictional form. The Hills admired her deeply. Matthew attributed his egalitarian views on women partly to reading her Modern Griselda and he and Rowland gratefully acknowledged their debt to her ideas and principles on education in their own treatise of 1822, which became known as Public Education. Rowland visited her in Ireland and remembered with pride how in his youthful poverty he saved up to buy her Parent’s Assistant, a purchase later emulated by his brother Frederic and sister Caroline.33

Maria Edgeworth and the Hills developed those principles of education so eagerly debated in the Lunar Society. The Hazelwood experiment was unique, however. Run by the astonishingly talented Hill family, its aim was useful, pupil-centred education which would give its scholars sufficient knowledge, skills and understanding to allow them to continue self-education through a life “most useful to society and most happy to himself”.34